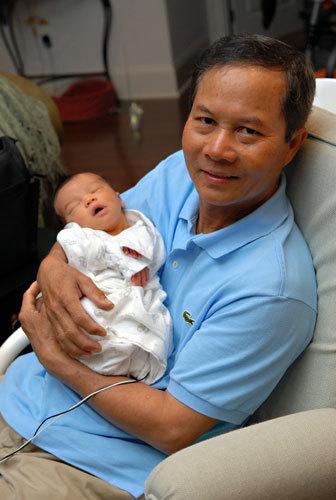 It feel so good to be home, but what is even better is I didn’t come home alone. I was able to bring Ethan with me.

Ethan was born on Monday. Tuesday I had him sent to the nursery so I could try to get some rest. No one has ever told me how painful a c-section is. Maybe its just my pain tolerance but I have been so miserable. Getting out of bed to pee the first time was excruciating. I think I cried for about 10 minutes while trying to decide how to get back into bed without it hurting. Its this burning feeling that spreads and makes me to just stop in my tracks. Any other c-sections mom in a lot of pain? After getting some rest my mom and DH went to get Ethan from the well nursery. It was about 330. When they get there they are told Ethan has been sent to the NICU. Panicked they quickly walk to the NICU Step Down Unit, which isn’t as bad as the real NICU. They get let inside after using the phone outside the door.

The nurse caring for Ethan explained he had a little episode where his skin tone looked bluish. The Well Nursery doesn’t have monitors so he was sent to the nicu to be put on a monitor to make sure he was breathing. My mom and DH asked what time this occurred. The nurse said Ethan was sent to the nicu at about 130. It was 330 when they went to get him from the well nursery. So he had been there for 2 hours and no one contacted us about this. Then rather casually the nurse says, “Oh he is fine. We have already fed him and he is sleeping now” My mom asked what they fed him. The reply, Formula. My mom explained to the nurse that I was going to be very upset as I was breastfeeding. And if there was no emergency or medical need to immediately need to feed him formula, then they shouldn’t have done that. So my mom came to get me.

Even though I was in a lot of pain, I jumped out of bed, dressed and went down to the nicu. It is located on the same floor as me, literally about 5 doors down. There is absolutely no reason I shouldn’t have been informed immediately of his transfer to the nicu. The nurses in the well nursery knew I was breastfeeding, why wasn’t this information passed on? The whole ordeal was so frustrating. Everyone thought someone else told us. Why didn’t the peditrician tell me, why didnt Ethans nurse at the well nursery tell us us, the nicu nurses assumed we knew. Eventually DH & I were apologized to from many different levels and the only thing I was told was that the ball was dropped on communication at every level. Did that make me feel better? No. But we were not going to dwell on it, our little boy was having problems and we were terrified.

Ethan had several episodes of apnea. They had done bloodwork and started him on antibiotics while they waited for the culture to come back. They check out his heart and lungs and did a ultrasound of his brain. It wasn’t until Thursday night they finally did a sleep study. I am not sure why they didn’t do this the first night. It would have saved so much time! All the tests he had came back fine. It was the sleep study that also watched his acid reflux and it was determined that he was having acid reflux and that was blocking his airway. His last real episode of getting a dusky color was 2:30 on Wednesday. He has not had another episode since. Every night that he was in the nicu I would go and breastfeed when they called me, so about every 2-3 hours whatever the time I was getting up and going. Despite everything he is great at breastfeeding. The lactation nurses at this hospital were wonderful and so helpful. They really were really a blessing to have.

I knew I was getting discharged Friday. It should have been Thursday but my doctor wanted me to stay one more night because she knew I wanted to be close to Ethan. So Friday we got the good news they were letting us come home with Ethan on a monitor on Saturday. The neonatologist wanted us to room in with Ethan so we would feel comfortable with the monitor.

Ethan is on zantac and is doing great. We do have the monitor at home too. Its nice to finally be home. We feel blessed and fortunate that this wasn’t a more severe problem and that he’ll outgrow the acid reflux. 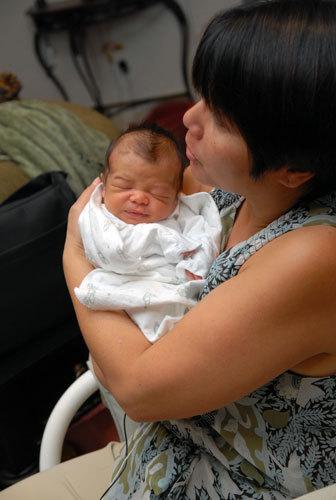 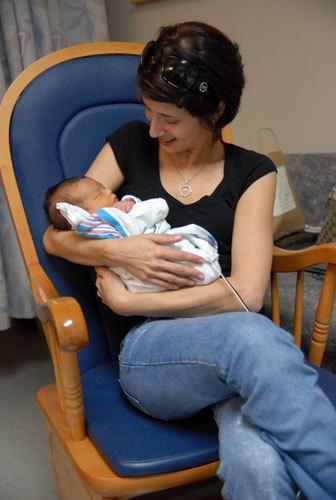 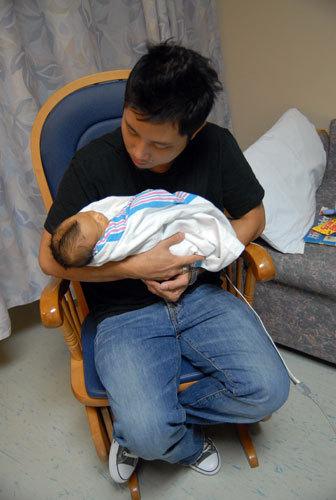 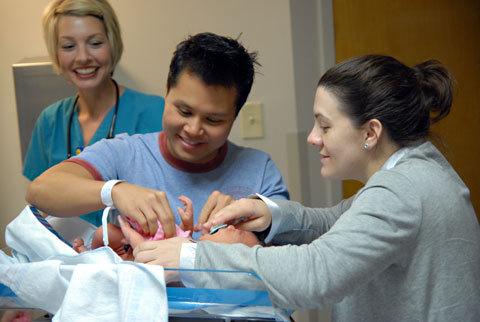 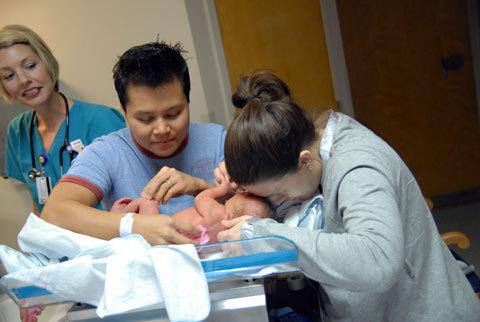