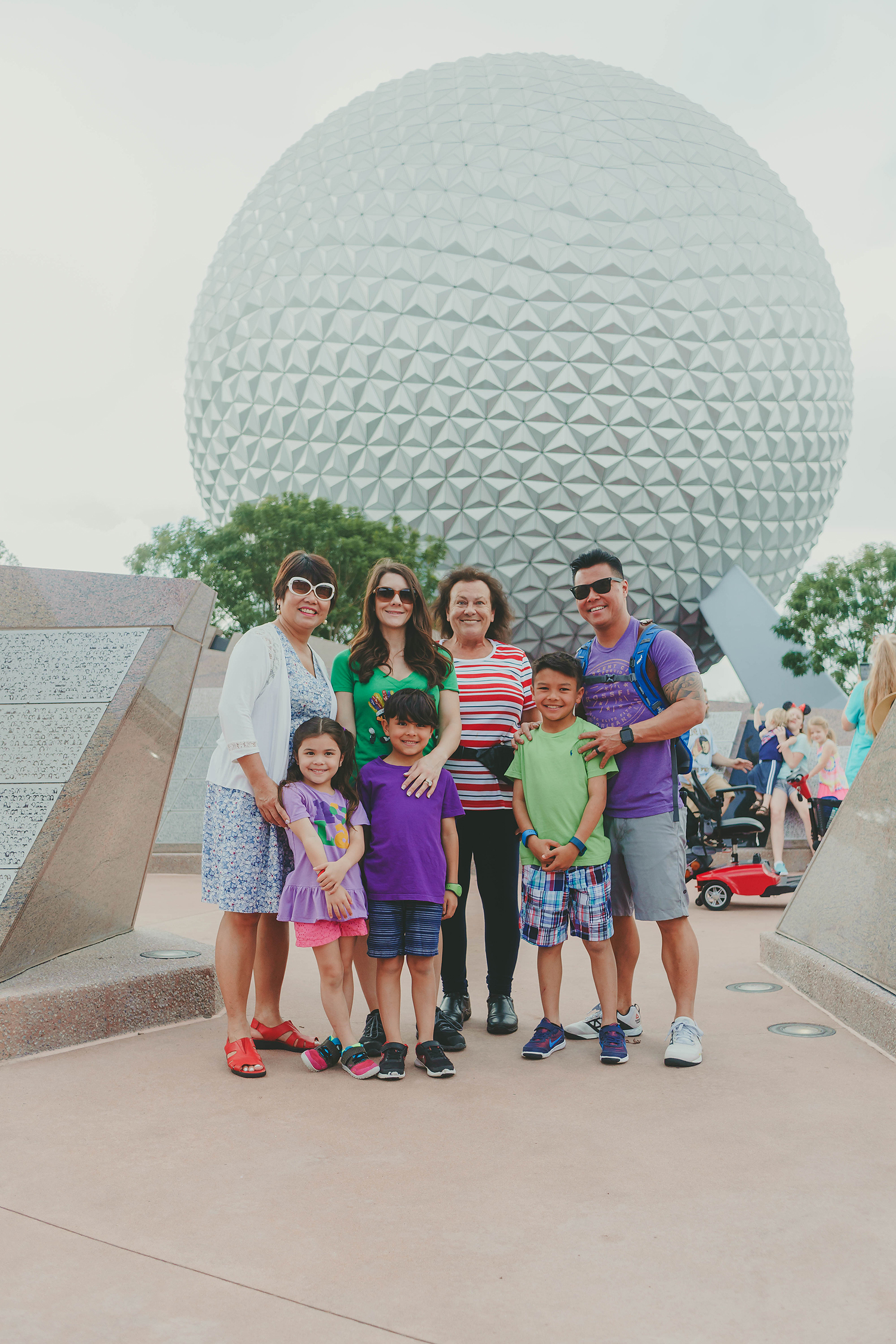 Our Disney vacation was fun, no really it was. But ultimately we learned that we are not really a Disney family. GASP! I know, I know. Let that sink in.  It might take you a moment. I’ll wait.

My two dear friends Dayna and Jessica helped me with the planning.  I had NO idea that so much went into planning a Disney vacation.  I think you could take a vacation to Europe with less planning.  Who knew that six months before your trip you need to make all your dining reservations!  And those fast passes? Yeah, you need to set those up as well.    Thankfully Dayna and Jessica knew so we had character breakfasts lined up, fast passes well planned, we had our strollers rented and ready to be delivered, meal plans picked out.  We knew what parks we were going to on what days to take advantage of magic hours, we had light up toys, rain coats, and all kinds of other things.  Many people say you have to have a good plan and be prepared in order to get the most out of Disney or if you are not prepared you might not enjoy it as much.  But we were well-prepared thanks to my great friends. In fact I don’t know what I would have done without them.

So, Disney wasn’t a flop due to lack of planning.  And maybe I shouldn’t say it was a “flop” as we all did have a very good time.  Really we did! The rides were great.  Seeing the kids excited over meeting the characters was so much fun. I loved seeing their faces light up, even if they didn’t always know who the characters were.  At times we laughed so hard we cried and maybe peed ourselves a little (that is a story for another day!). However,  no one is dying to go back.  My kids seriously would have been just as happy, or dare I say happier at the resort pool.  Which we stayed at the Old Key West Resort per Dayna’s recommendation and it was really cute! I was actually pretty impressed with the size of the rooms.  I thought it was quite spacious.  My kids however… well lets say they are used to the rather large condos we rent while in Destin or Orange Beach.  I walked in saying “Wow, its so much bigger then I thought it would be” and the kids walked in and said, “wow, this is small! We have to sleep in the same room?!”  I mean they crawl into bed with us at some point in the night but they are going to worry about the beds being in the same room?! I will say they were very impressed with the resort pool.

We started our trip early Sunday morning.  REALLY early. I think we left on time around 4 am. We rented a 12 passenger van to cruise in comfort. The kids loved it. They had plenty of space to have their toys, electronics, and book bags. Yes, this mama made the kids bring their school work.  It took us about 11 hours with all our stops to make it to our resort at Disney.  Honestly, it was not a bad drive at all.  Beebe and I felt it was actually fun and now are considering other road trips with the kids. 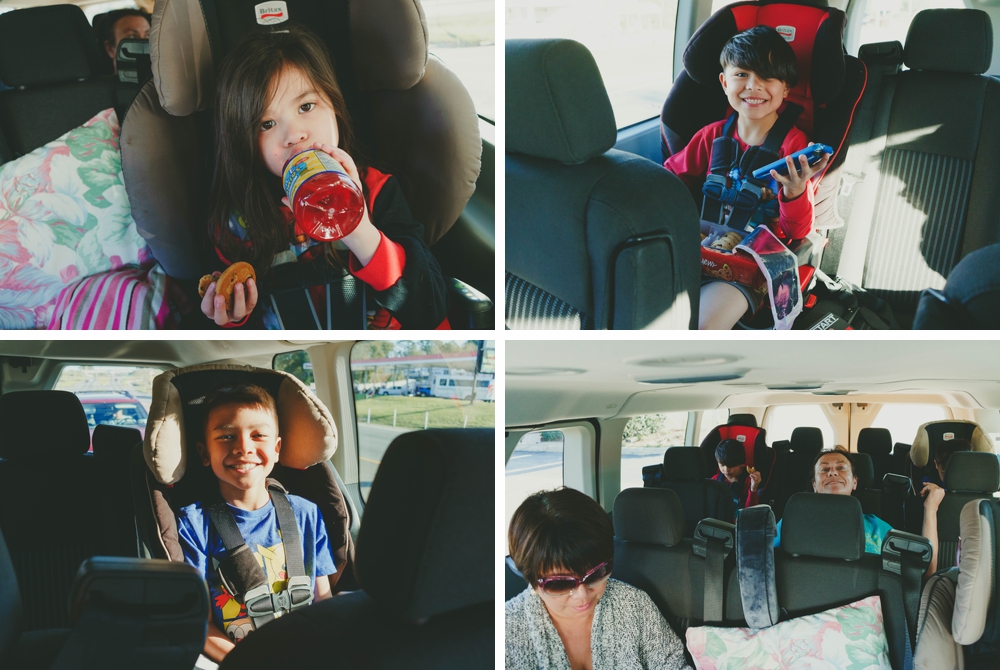 I seriously love these kids.  I can’t say enough good things about how great they were on the drive.  We had very little complaints.  We didn’t hear a lot of “are we there yet?” or anything like that. When we would make bathroom stops we would have them run around and stretch their legs.  I called it “racing” and maybe just maybe it was also to tire them out so they would get back in the van and fall asleep….

Here they are being super cute and having fun.  Don’t you like our rental? I am trying to convince Beebe to get rid of the Traptor to buy one. Ha!

Our first character breakfast was with Winnie the Pooh characters. I swear I read books to my kids when they were younger. I know they have seen it on TV.  Yet when the characters came out they had no idea who they were.  And yes, they were excited to see them!

It was really cute and funny.  But the family waiting at the next table had looks of dismay, like those poor children don’t even know who these characters are. ha! 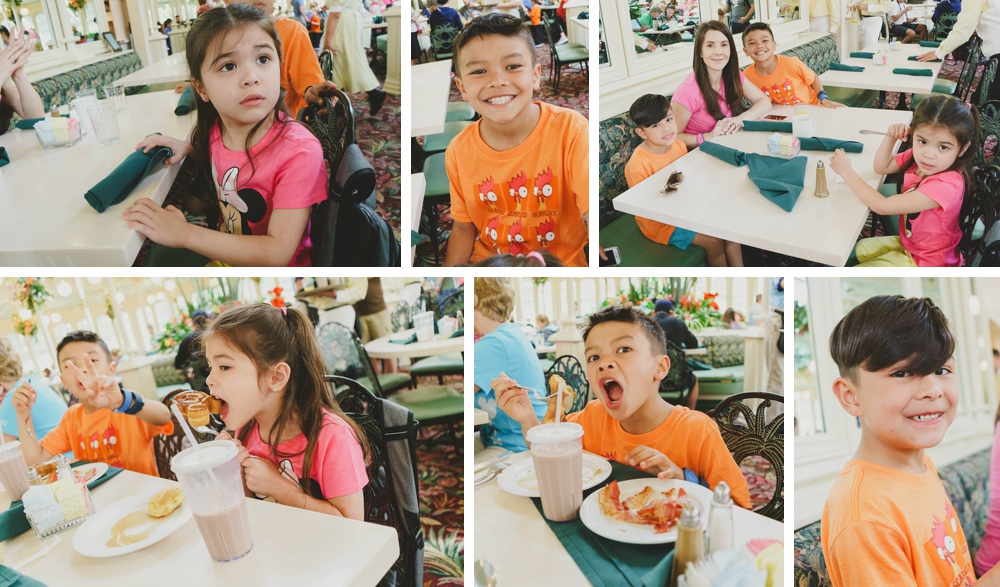 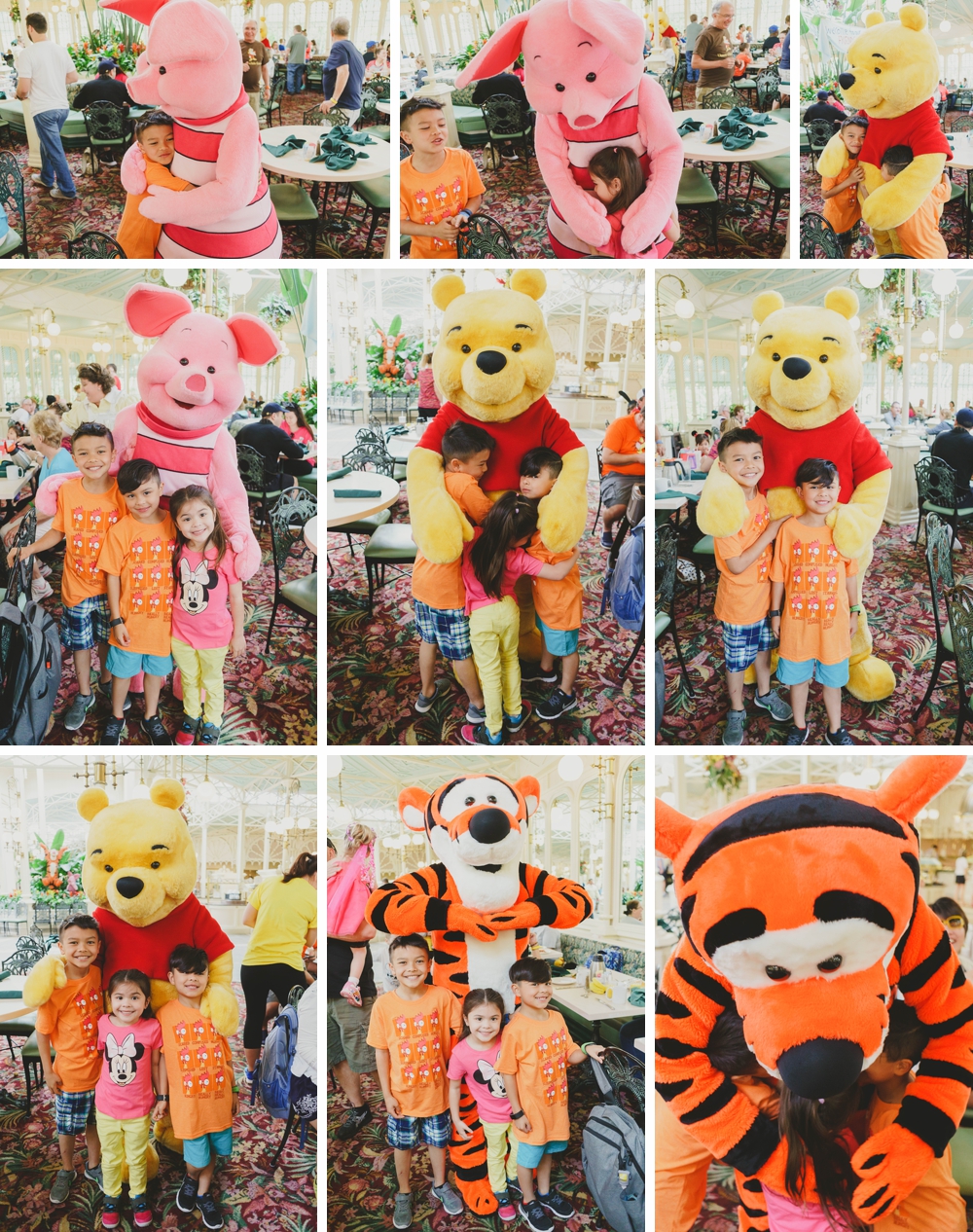 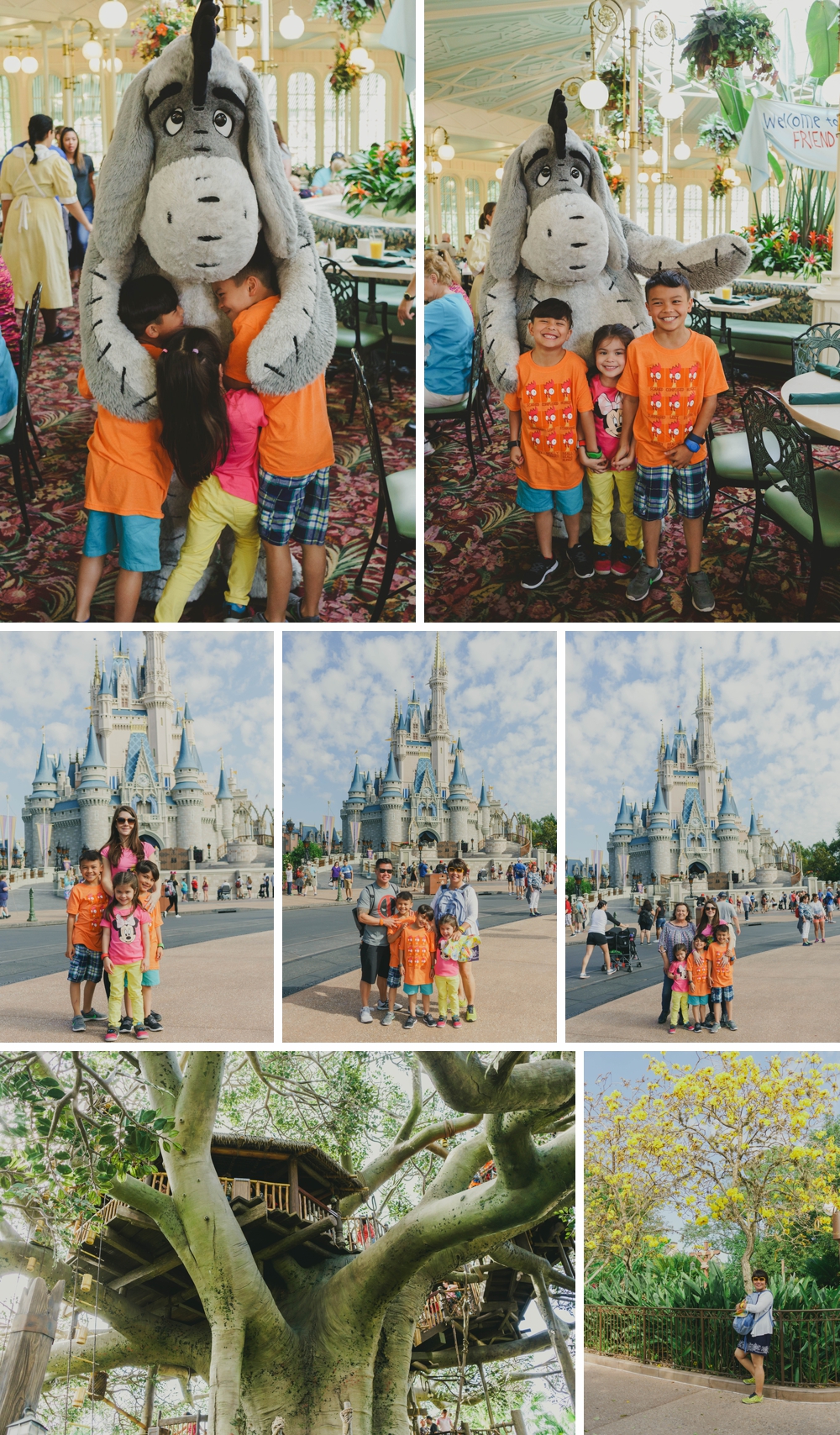 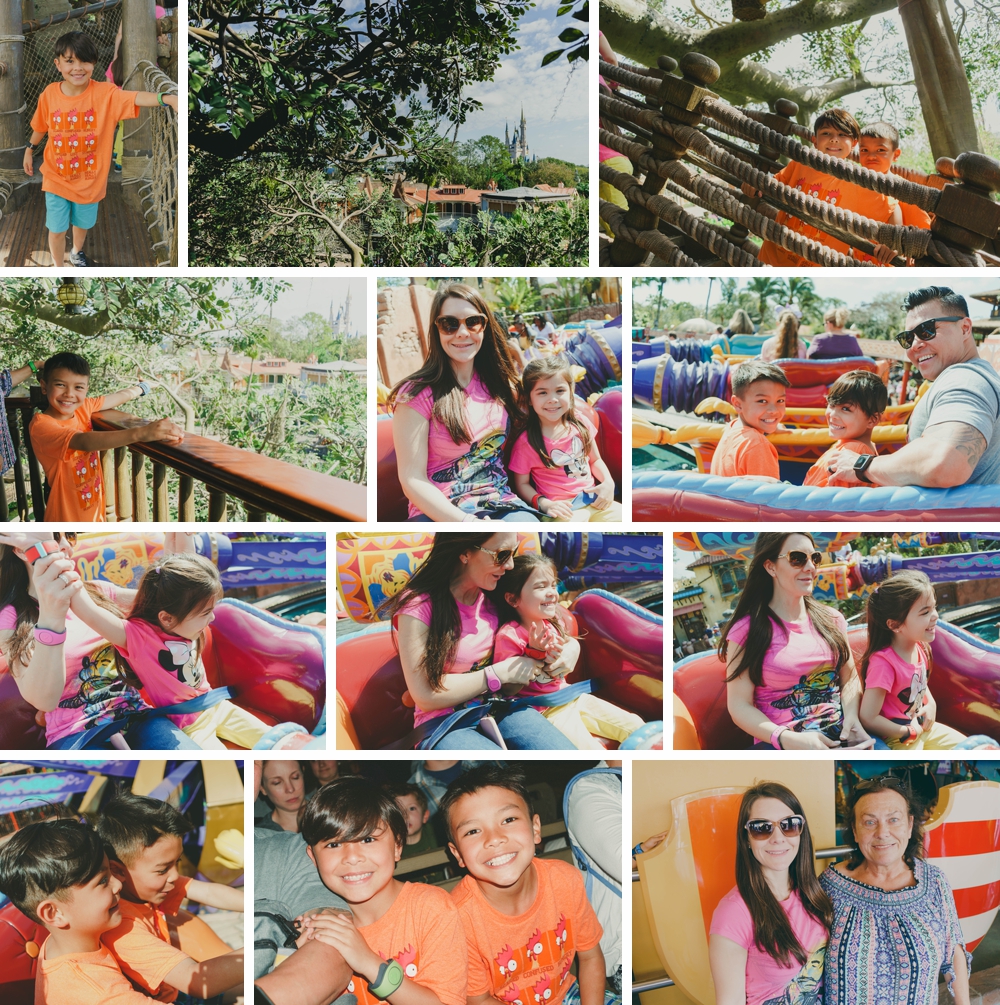 Yeah, I think my kids are pretty freaking cute.  And I just love them to pieces. They are so much fun.  They are even more fun after you load them up with Mickey rice krispy treats smothered in M&Ms and chocolate. Oh yeah, that’s a winner idea right there folks.  Mommy even indulged in some sugary goodness.  Hey, I needed the energy. 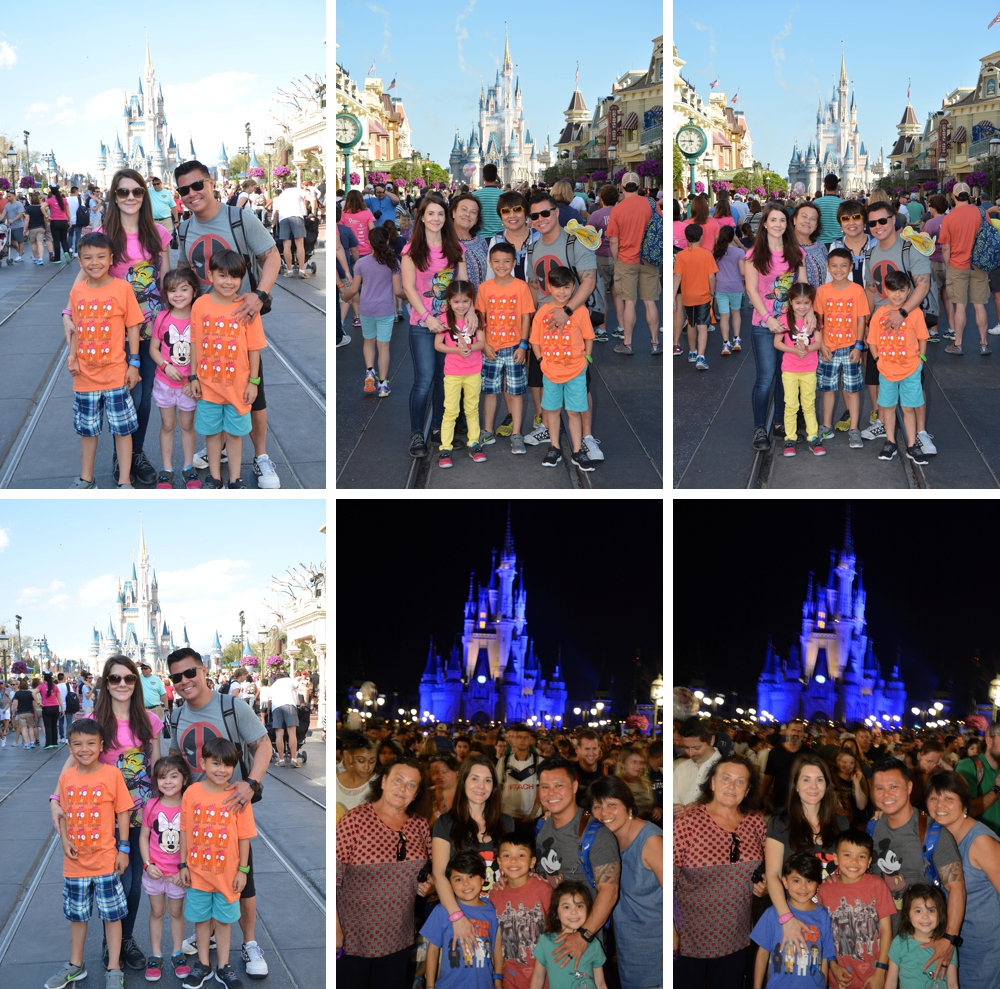 The Buzz Light Year ride was awesome. It was my kid’s favorite ride in the Magic Kingdom.  Most likely because it was the closest to being like a video game.  We all did get quite competitive trying to rack up on the highest score.  We could have ridden this over and over. 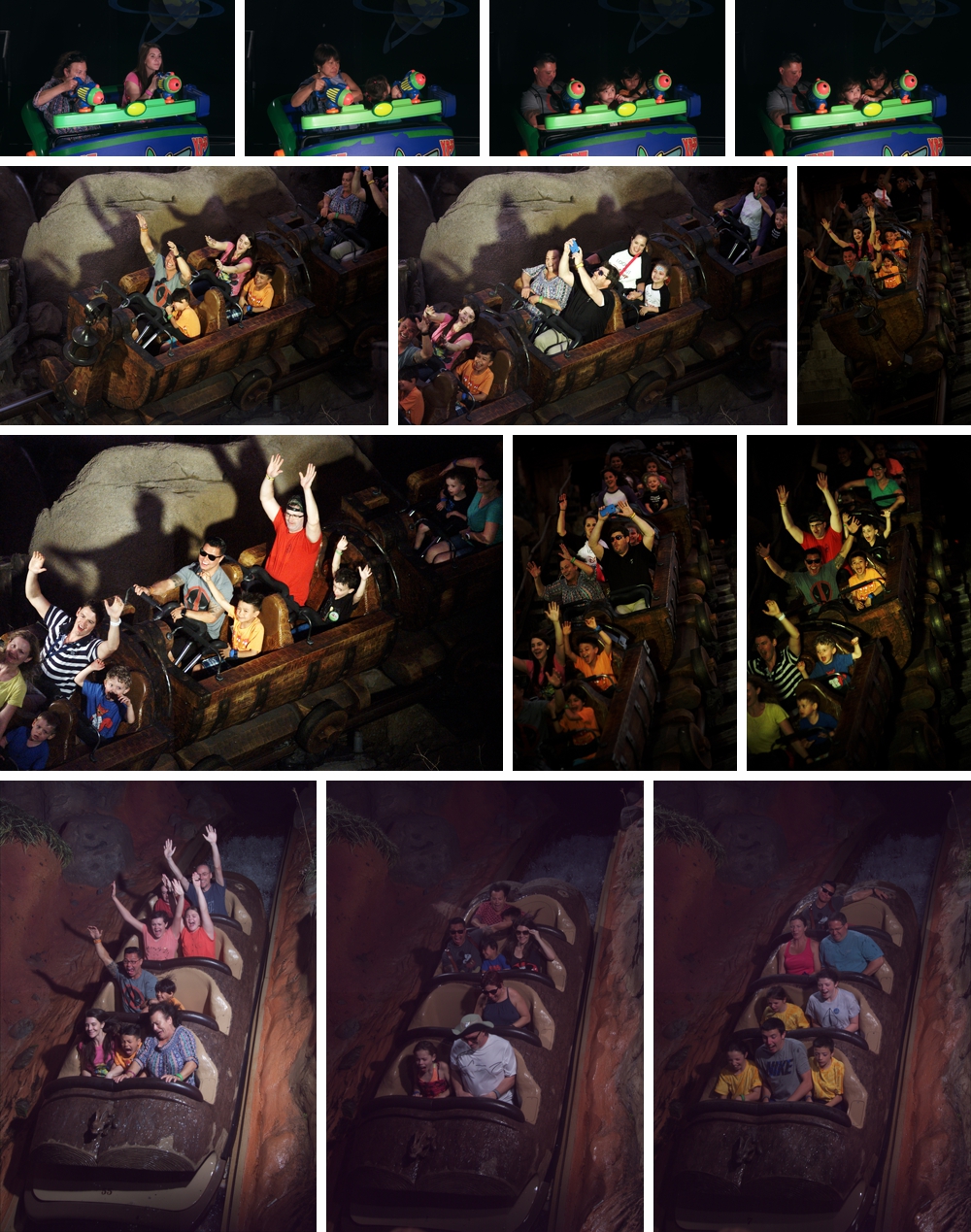 I love Ethan’s face above. He really did like the ride.  Poor Aiden was such a good sport.  He went even though he was scared.  We even got him to ride it again.  So it couldn’t have been that bad. He reminded me of when I was a little girl and my mom would bring me to Great America. I think it might be owned by Six Flags now.  Anyway, I would wait in line with her and I wouldn’t want to go on the ride the entire time. And I would be so nervous and scared. I am pretty sure I remember my mom saying, “it’s OK you don’t have to ride it” and then when we would get to the ride she would get in first and so I couldn’t jump out the other side and then I would have to ride it!

They say Disney is magical.  Maybe it is.  We met this cute little guy who came right up and held our finger and looked around for food.  He was so cool.  I think my mom spent the rest of the time at Epcot trying to be Snow White enticing all the animals to come to her.  But isn’t he cute?  He just ran right up to us. 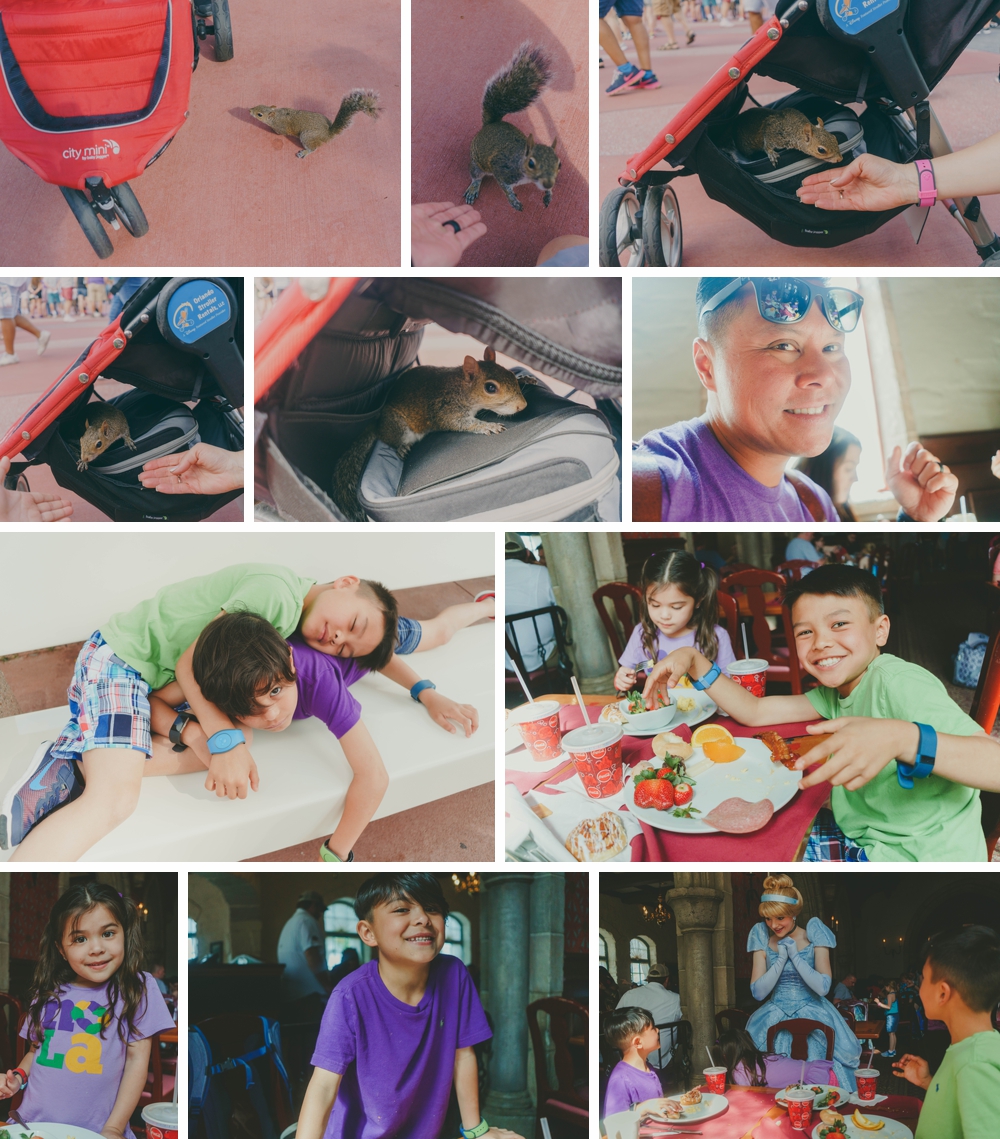 My kids loved the buffet breakfasts.  They loved being able to go and pick out their own food and put it on their plates. 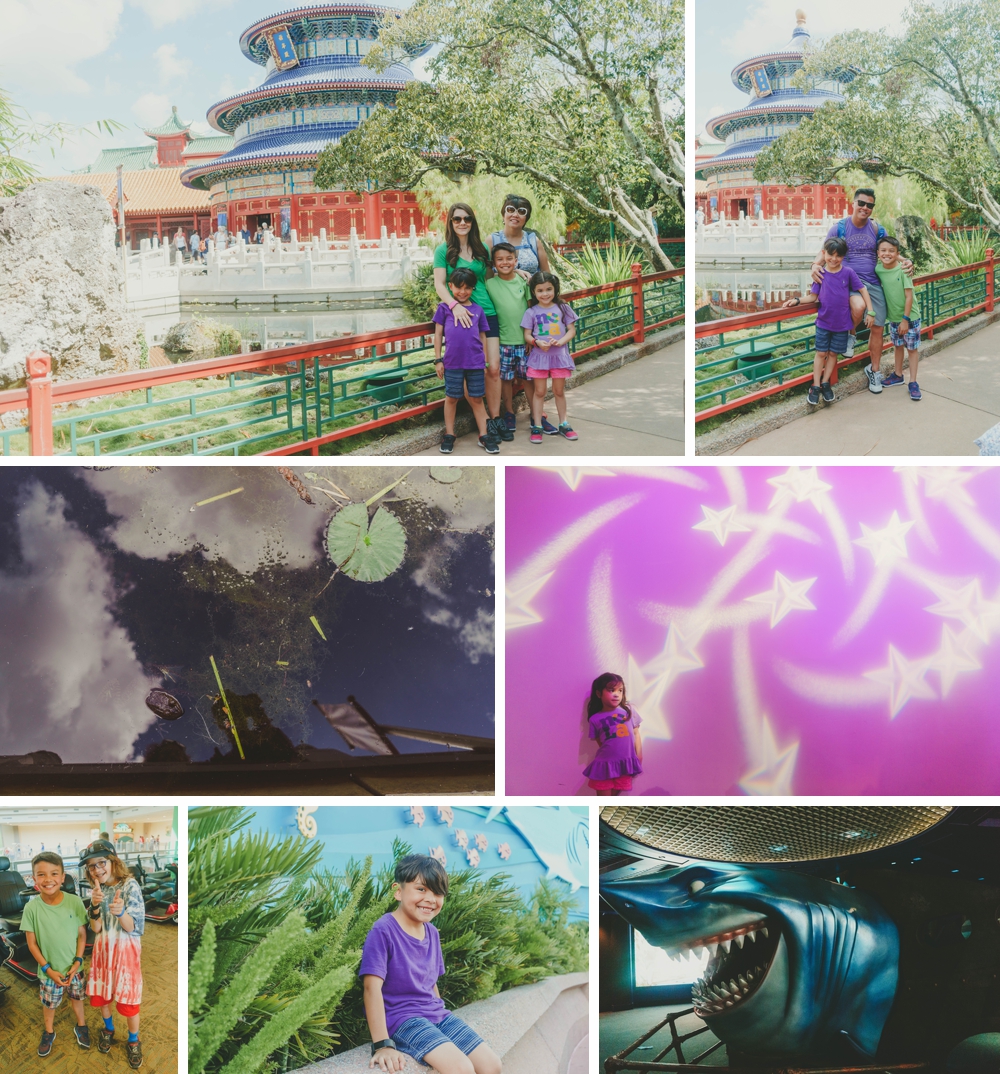 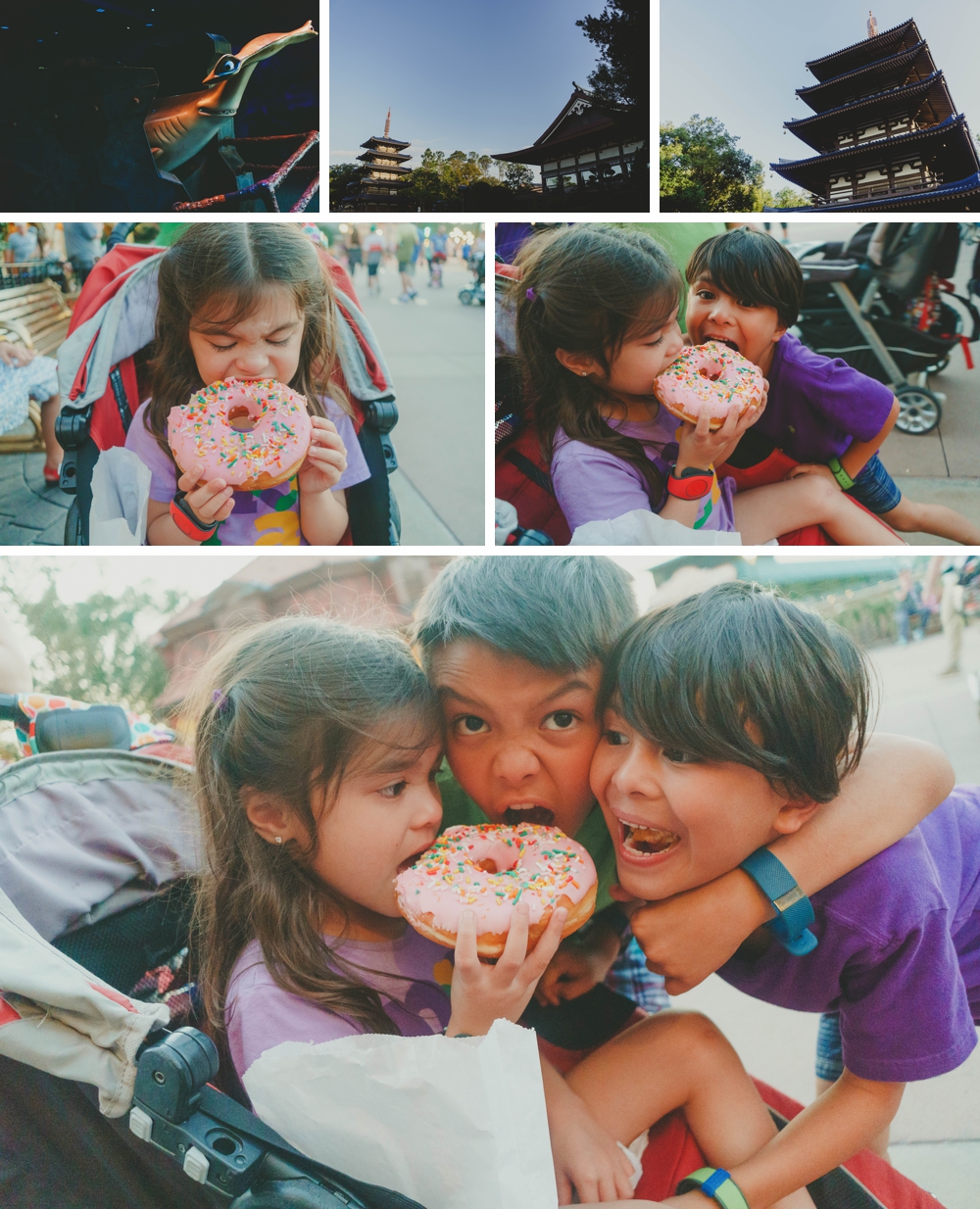 Seriously, isn’t that the cutest donut eating picture you have ever seen?  Yeah, I am biased because they are mine.  🙂 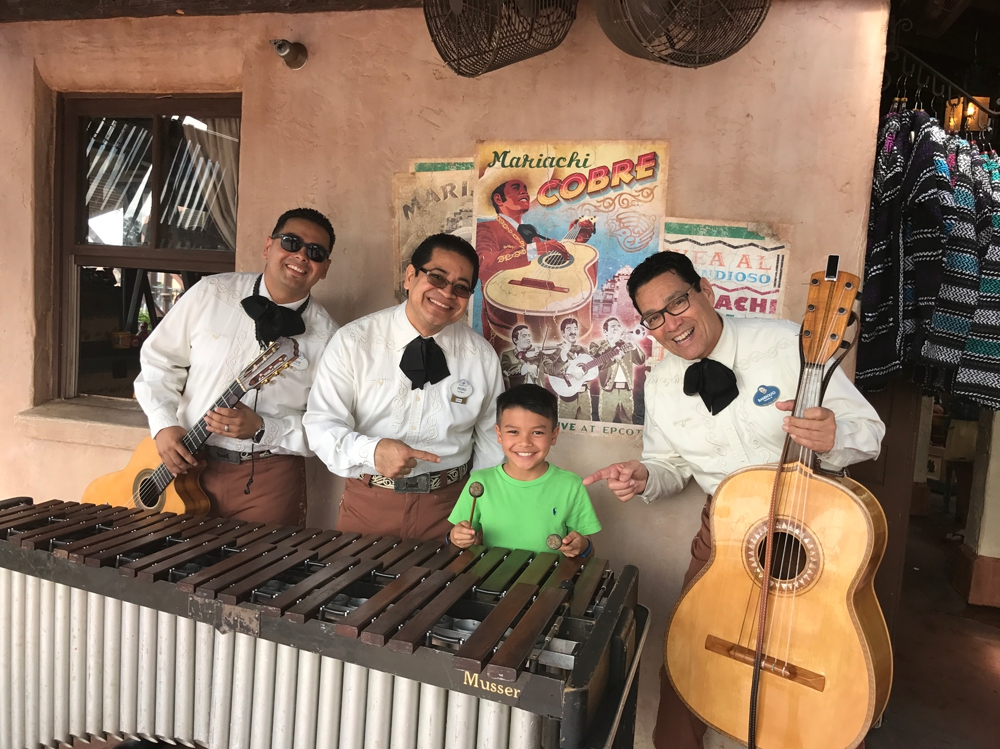 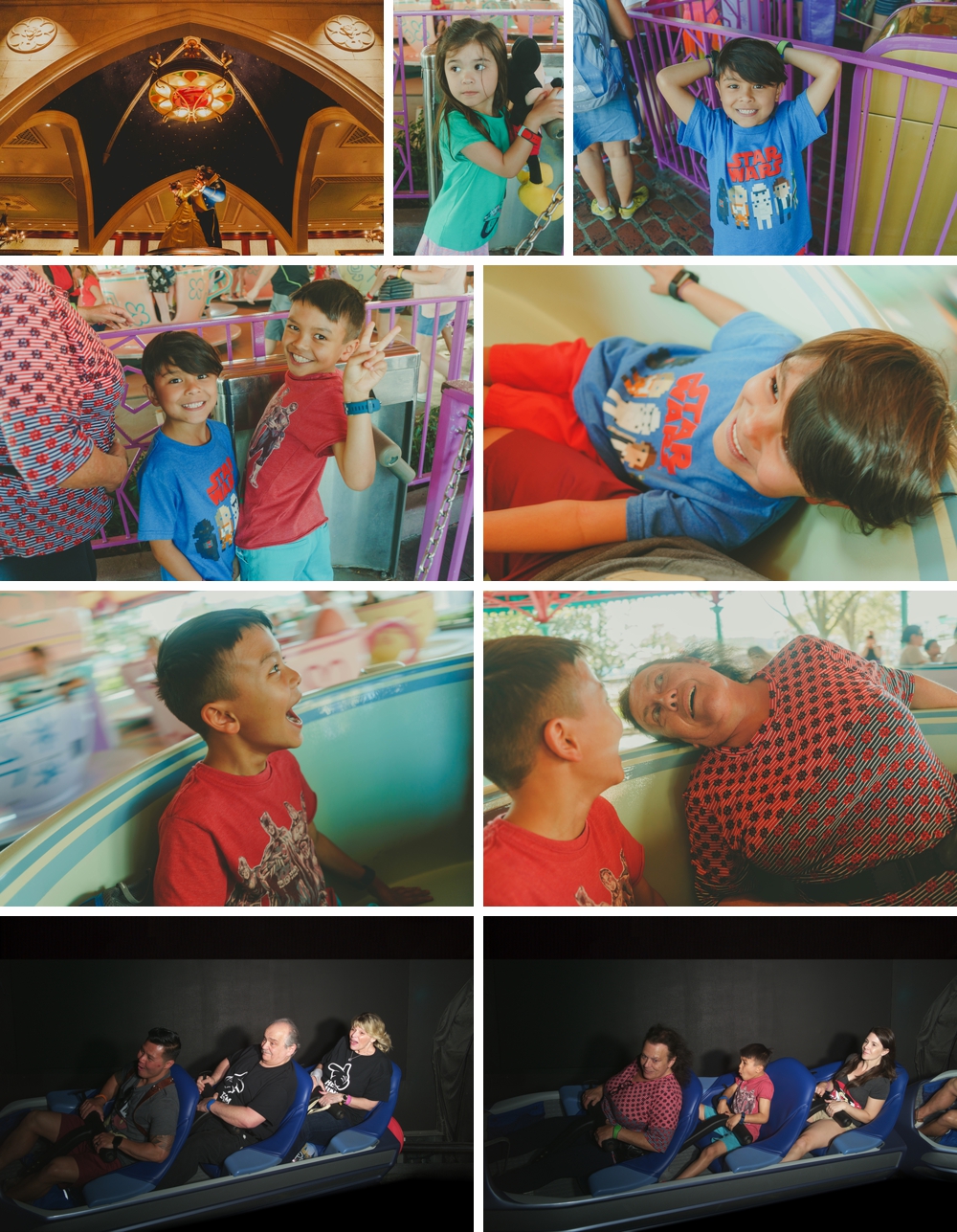 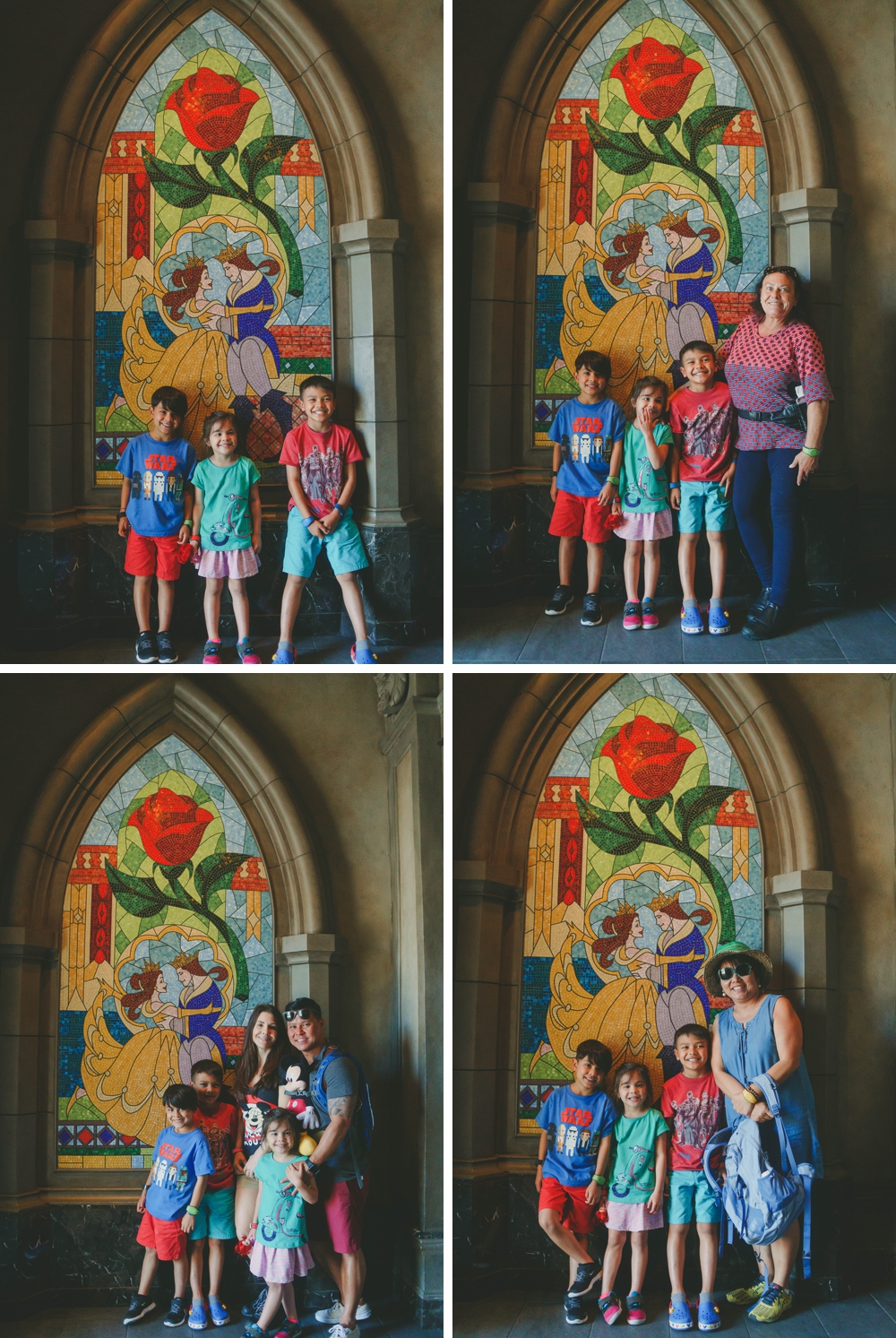 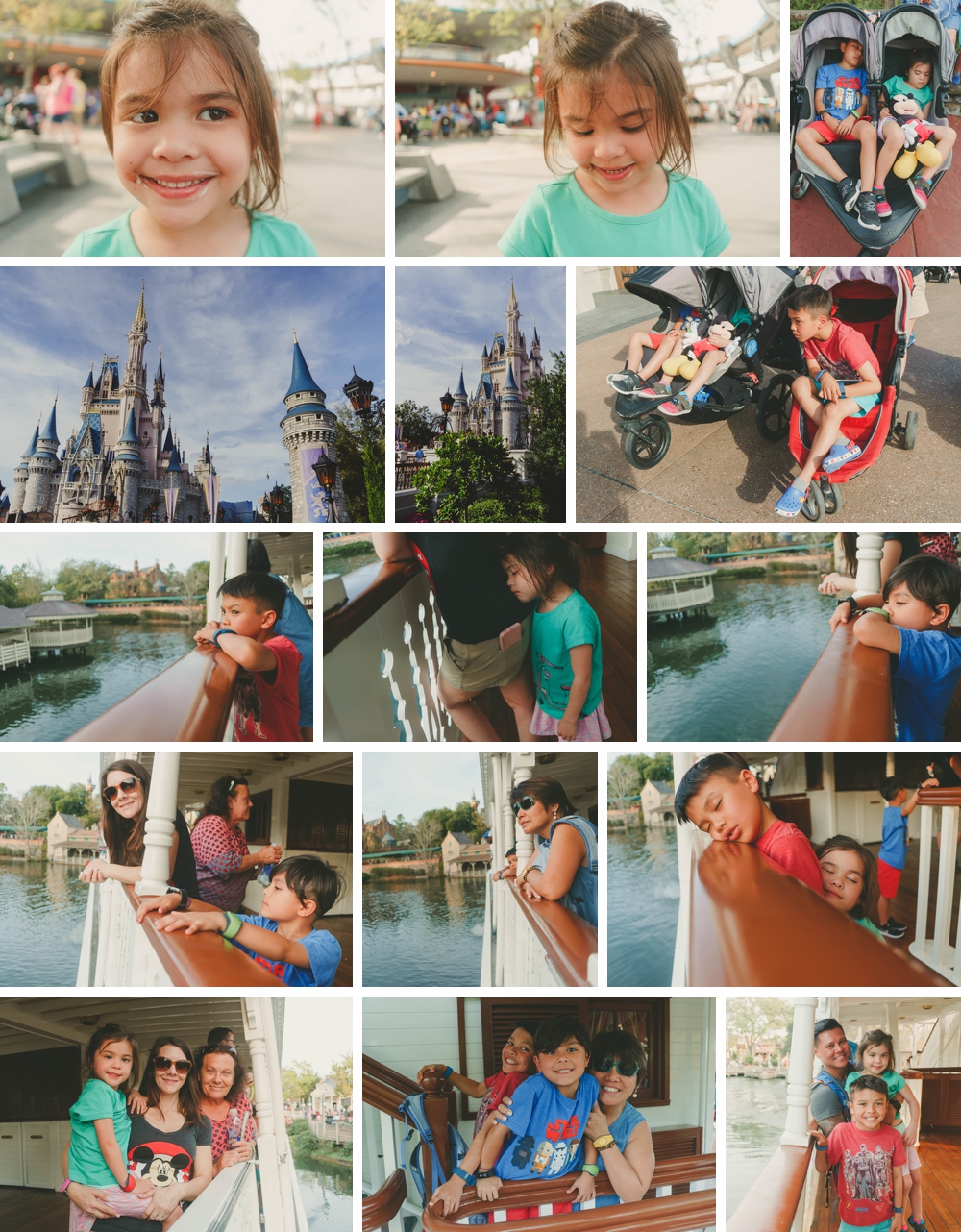 We don’t have Ethan with these characters.  He got sick that morning and slept half the day in the stroller.  My poor little guy.  I was really sad for him.  When he saw these he was like “where was I?!!!”  Then I explained he was sick and asleep.  At least he was feeling better for the Safari ride which he enjoyed and he even took some pictures with one of the iPhones.  Mickey was the only character Mia was really excited about meeting.  She was begging for a Mickey stuffed animal and we broke down and bought her one while in Epcot.  Good thing because then she had her Mickey with her when the real Mickey came. We also got the kids Disney crocks which they love. 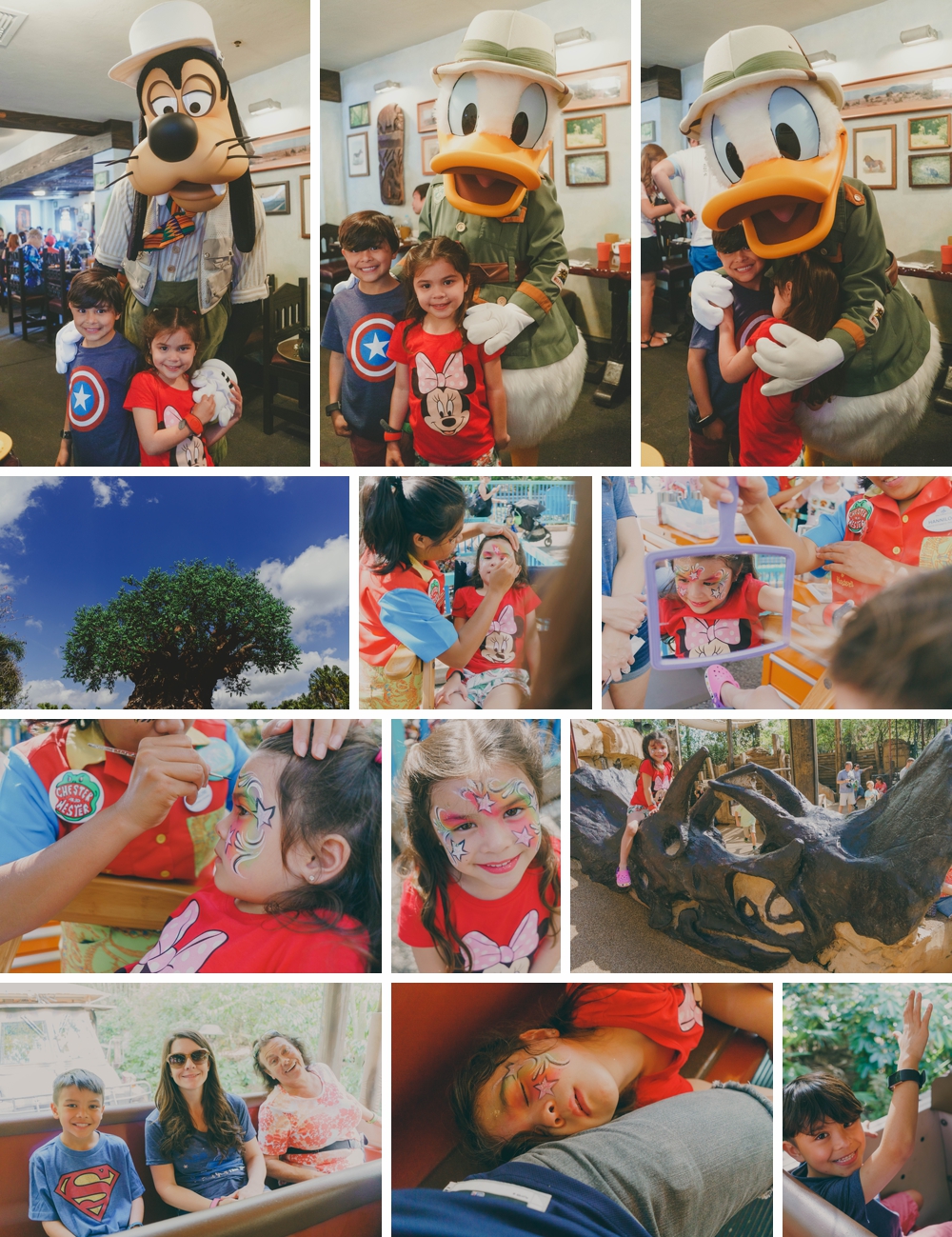 There is my poor sick boy feeling better and smiling on the ride.  Little princess face is sleepy for a nap. 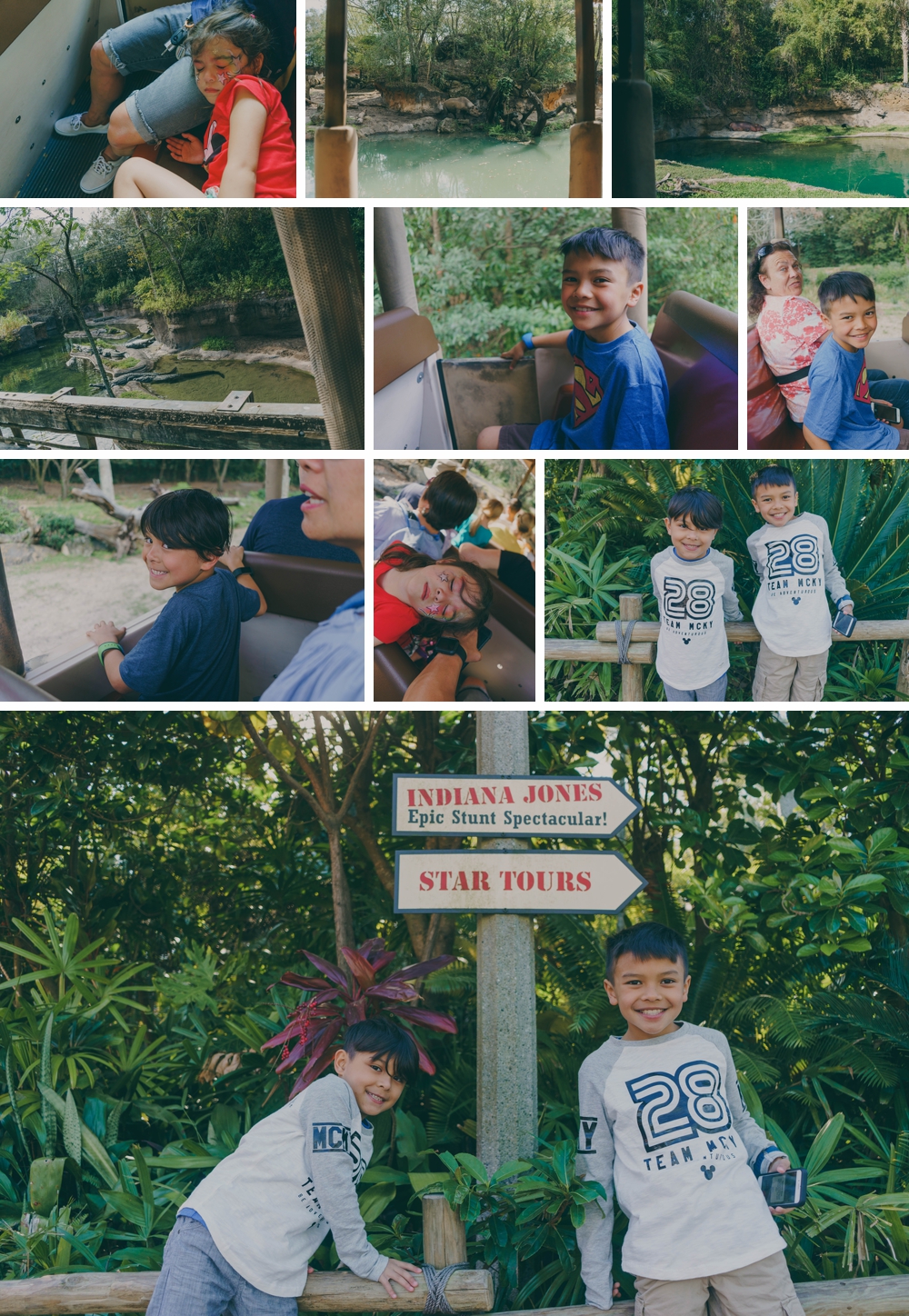 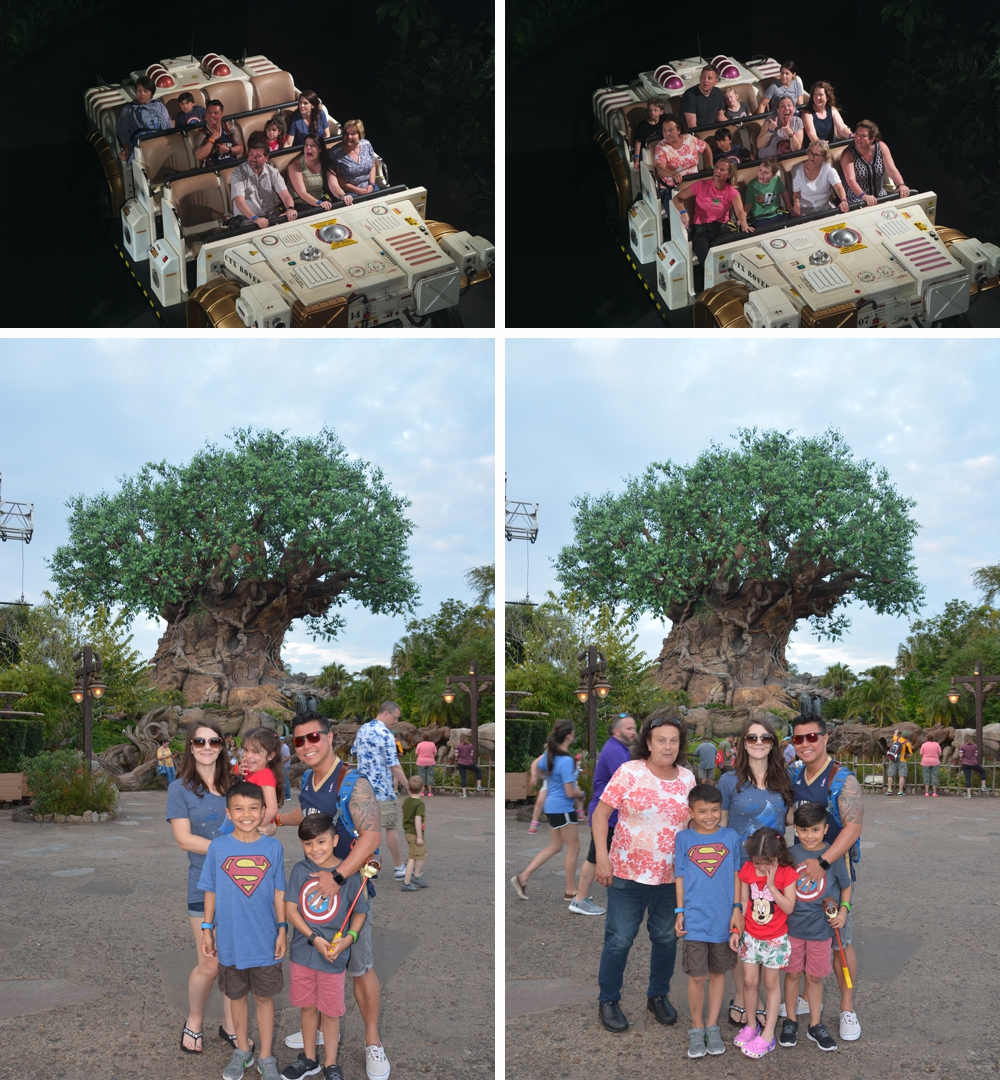 Yeah, we hardly knew who these characters were. I was busy asking Jessica their names.  AKA “Ask Jessica”  OK I mean we know who Princess Sophia is but not the rest. 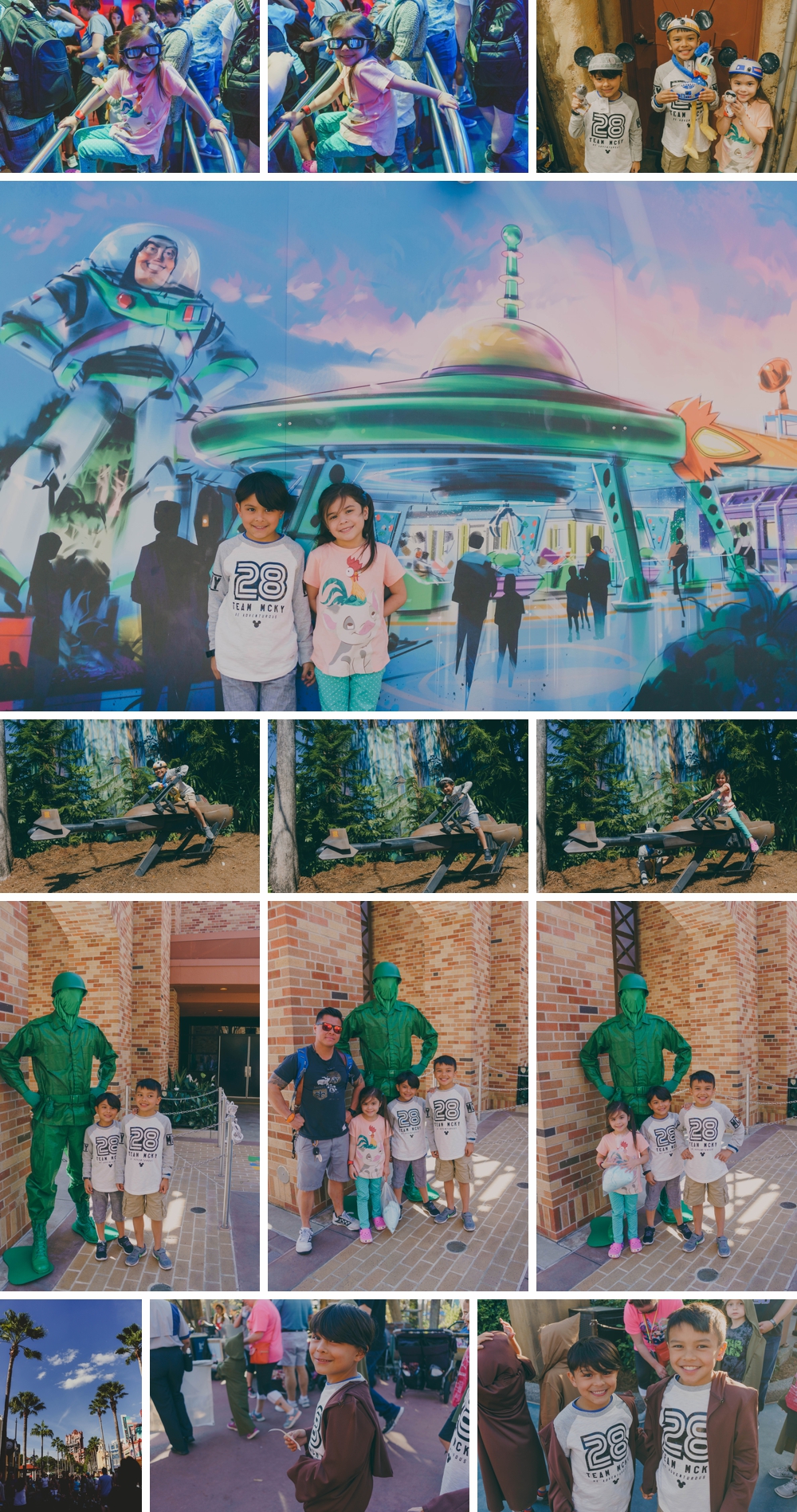 Jedi training was pretty cool though I think Ethan was on the verge of being too old.  We did get some pictures from the staff photographer but I think ours are better, ha!  I mean look at that light flare coming through as my kids battle?  The Army guy above was pretty cool but he wouldn’t take a picture with Beebe while he was holding his beer. 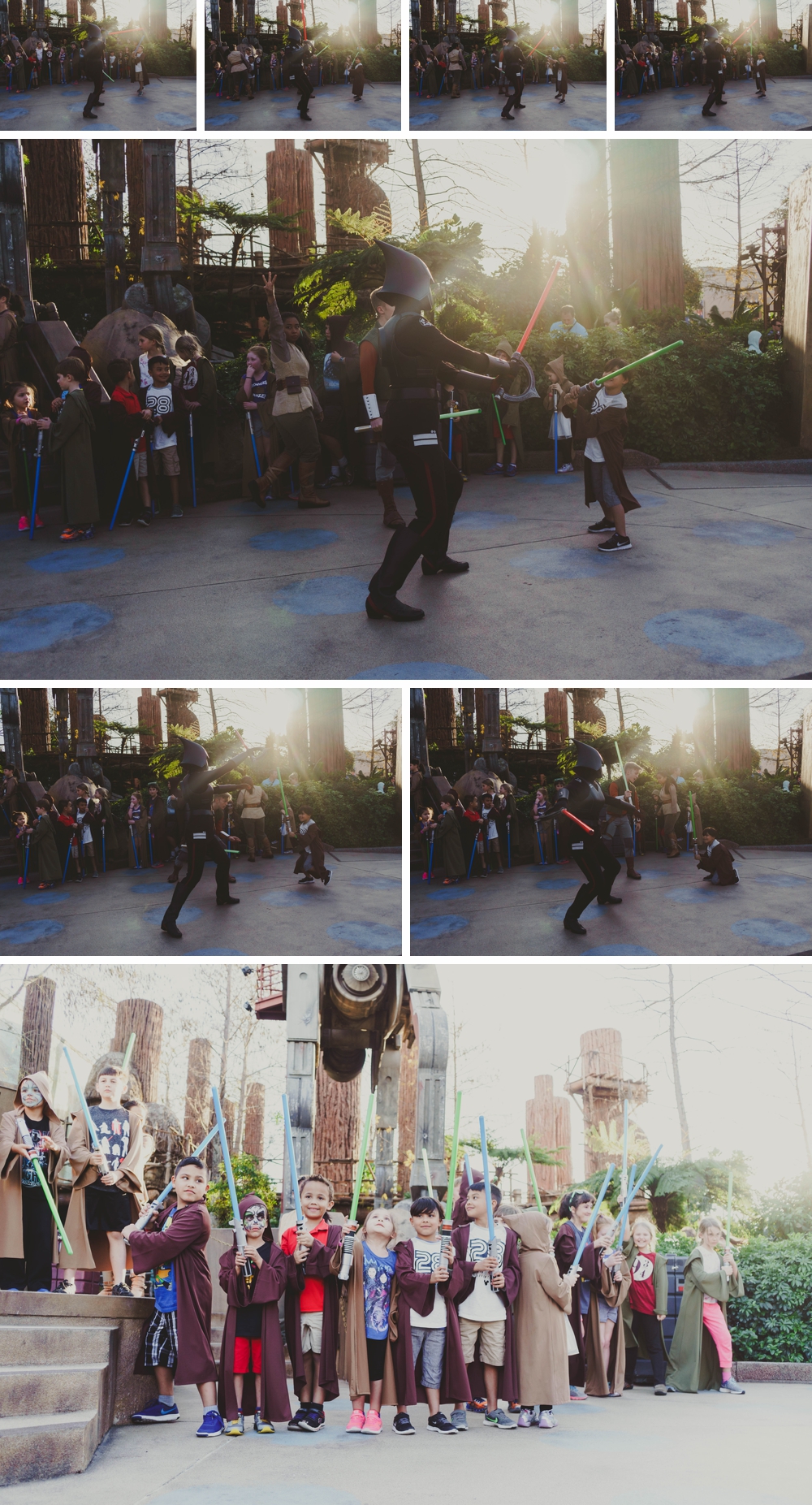 Oh yeah, Aiden went on tower of terror. It was great.  He said he won’t ever do that again. 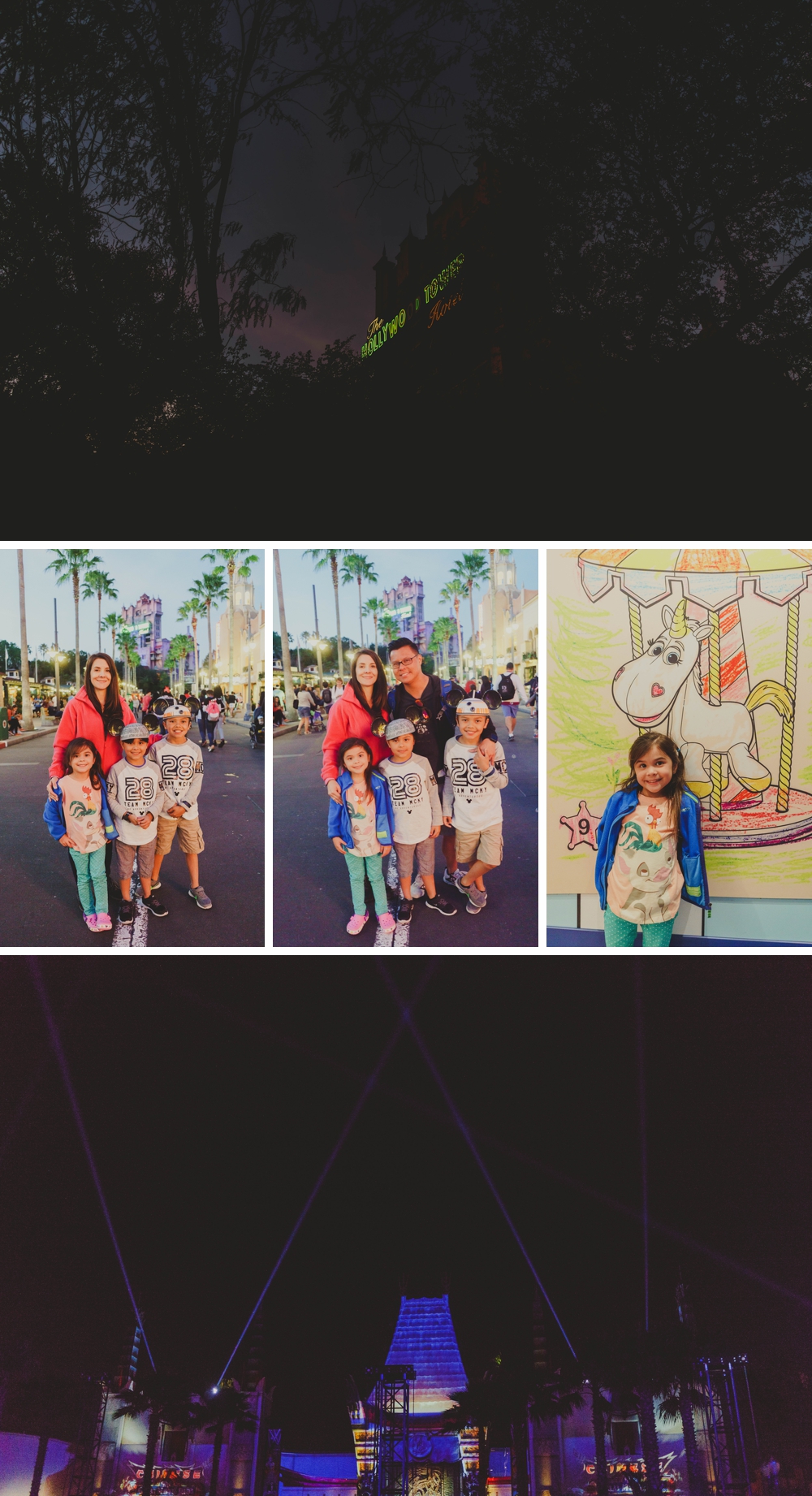 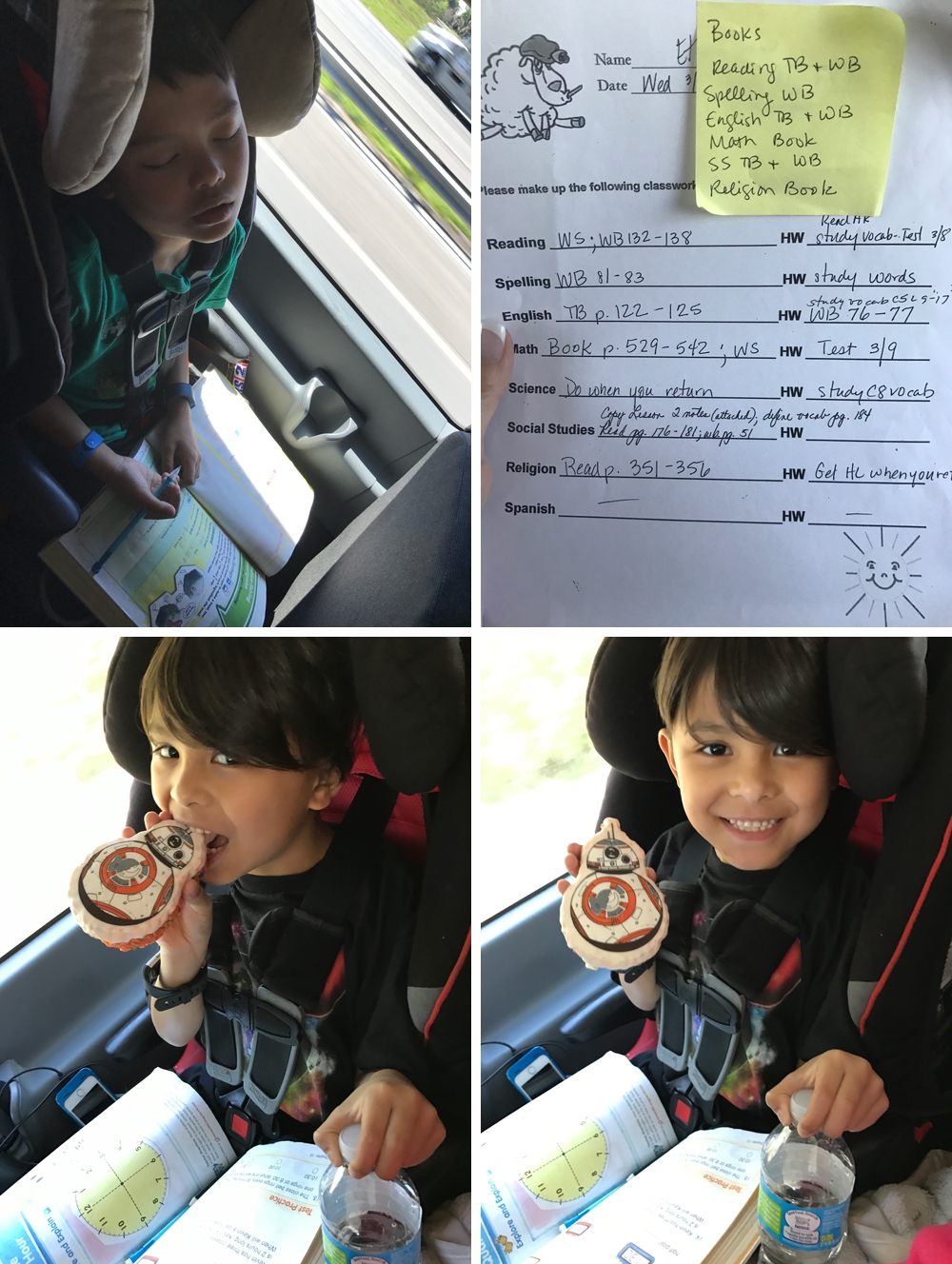 And that’s all folks. Then we loaded up in our big van and went home. We all agreed it was great to try once but we’ll take the beach or pool or water park from now on.  The kids will have to get on their hands and knees and beg to go back as I can’t even tell you how many times they asked to go swimming or go to the pool. But hey, my kids can never say their parents didn’t take them to Disney World.