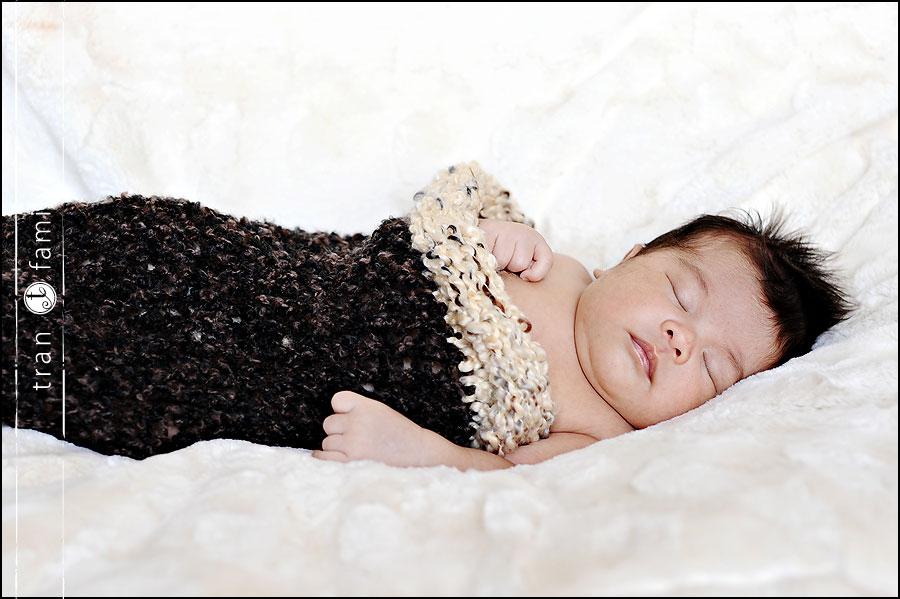 Ethan had his first full fledged tantrum today. I think he is realizing that Aiden is here to stay. Grammie and I picked Ethan up from school today and he was excited to see me. I put him in the car, Grammie gave him his bottle and he started watching Elmo. Then Aiden started to cry. Ethan puts his hand to his head and rolls his eyes. I try my best to soothe Aiden but we are driving and there isn’t much I can do. At stops I try giving him his pacifier. He does finally settle down as we get home. My mom gets out and starts to get Aiden out, his carseat is on the drivers side. Ethan starts saying “out, out” and I tell him I am coming. Ethan proceeds to cry, and cry and cry.

In the house he continues to cry and at first wants to be help. Then he is on the couch throwing himself around while still crying. Finally he cries so much he starts choking and then he vomits. He proceeds to thrash around, in his vomit. It gets all over his shirt, in his hair and in his ear. We’ve NEVER seen him act like this. He just cant be consoled so we just let him cry. When he is finally done I scoop him up and head upstairs to give him a bath. He is happy and fine and has a great time in the bathtub.

While Ethan was having his little tantrum on the couch and was opening his mouth wide to scream, I did peer inside and saw on the right side it looks like he has a molar coming through on the top. The left side is already in. So maybe its a combination of the new baby and his molars coming in. It would also explain why he hasn’t been eating well and only wants a bottle. Maybe it hurts to chew?

Oh, I cant forget to mention that Ethan’s report from school today came back saying he was hitting and pushing his friends. He just turned 2, so do the terrible twos start like RIGHT NOW or what?

Grammie watched Ethan while he played in the tub and I took some pictures of Aiden. He is almost 3 weeks old.

After bath time and taking some pictures of Aiden, Grammie and I brought Ethan outside to play with the sidewalk chalk I bought. When I bought it I thought that we’d have nice weather, I didnt think it would be so hot in October. So today it has finally gotten cold enough to actually going outside without being drenched in sweat.

Ethan loved playing with the chalk. He and Grammie drew all kinds of things while I took pictures and some video with my iPhone. Aiden slept the whole time so Grammie and I were able to spend lots of time with Ethan. When Aiden did finally start to wake and cry I was getting worried Ethan would get upset as attention was diverted from him. But I could tell he was tired because he didnt mind going inside at all.

Ethan had a few other spells of acting upset. Again I think his teeth are bothering him. He just did not seem like his happy self. After a bottle and some cuddling adn rocking he was ready to pass out.in the cocoon from Jessica Wright http://www.etsy.com/shop.php?user_id=6091479

Grammie found this gymboree hat I bought for Ethan awhile ago. 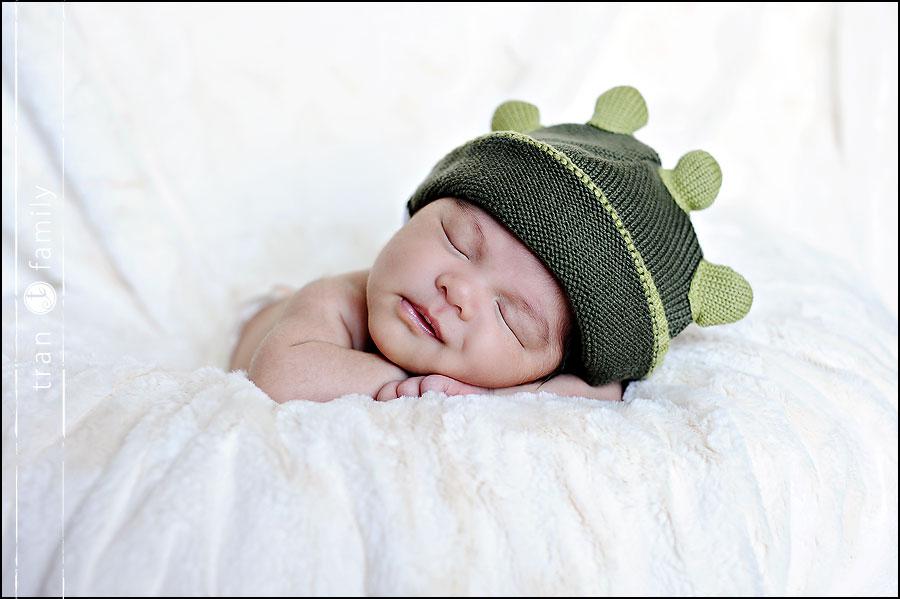 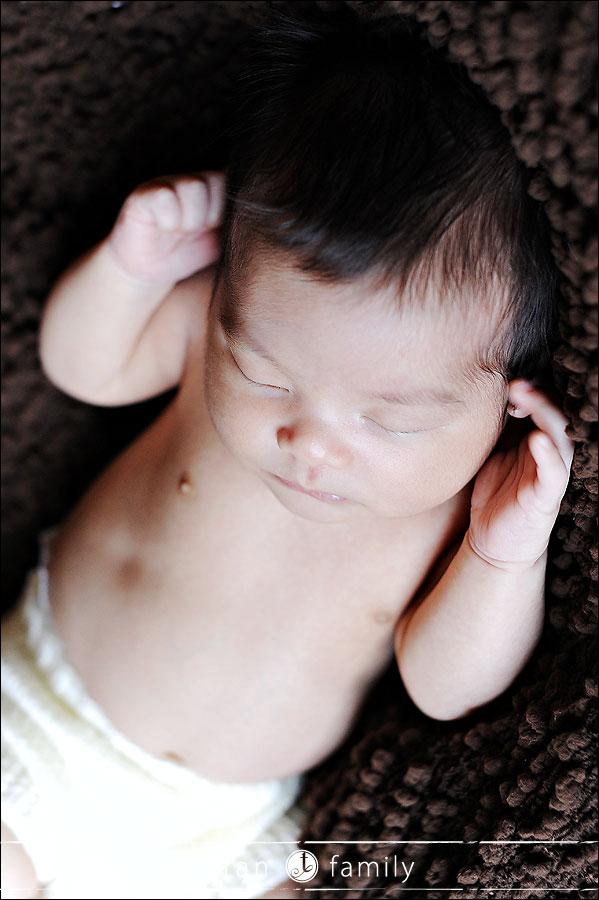 Ethan in the tub, having fun. 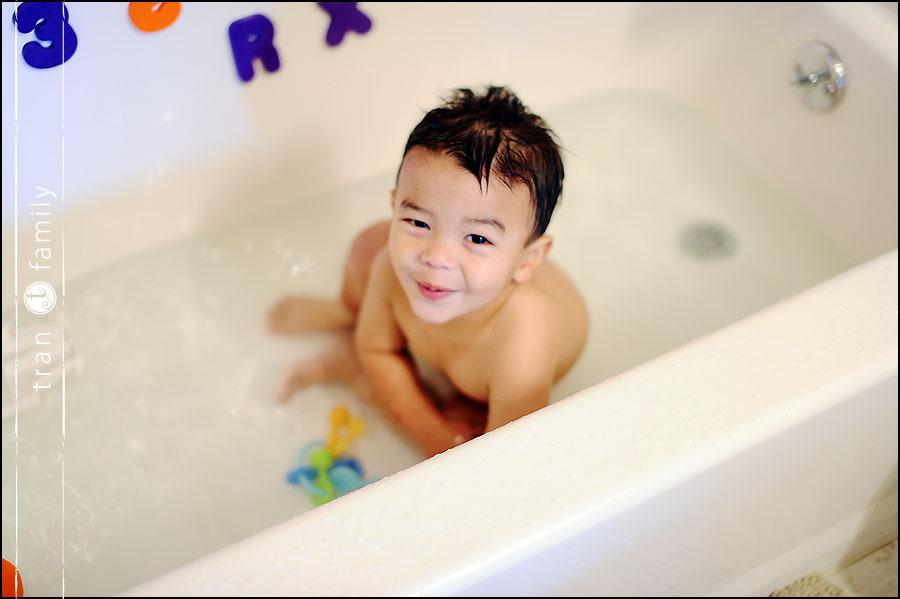 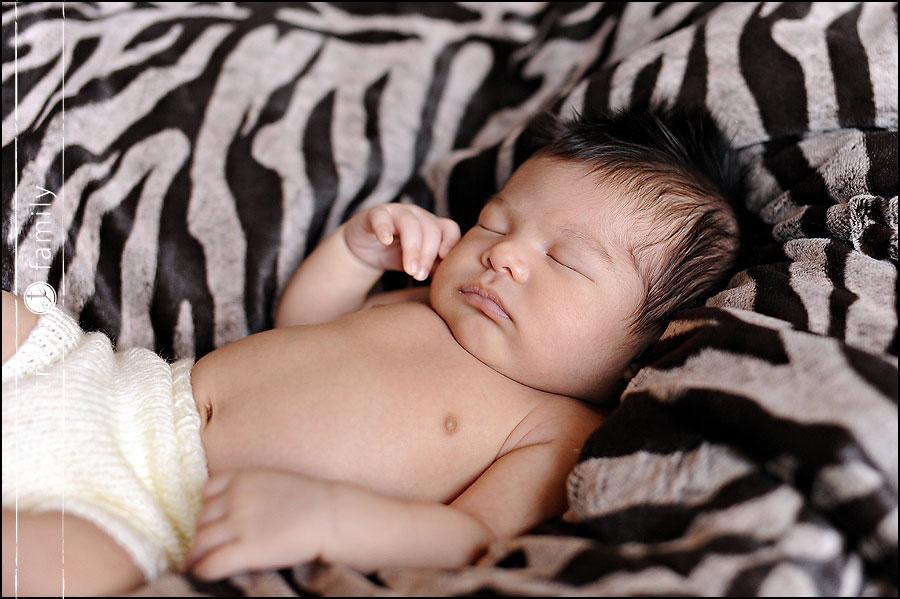 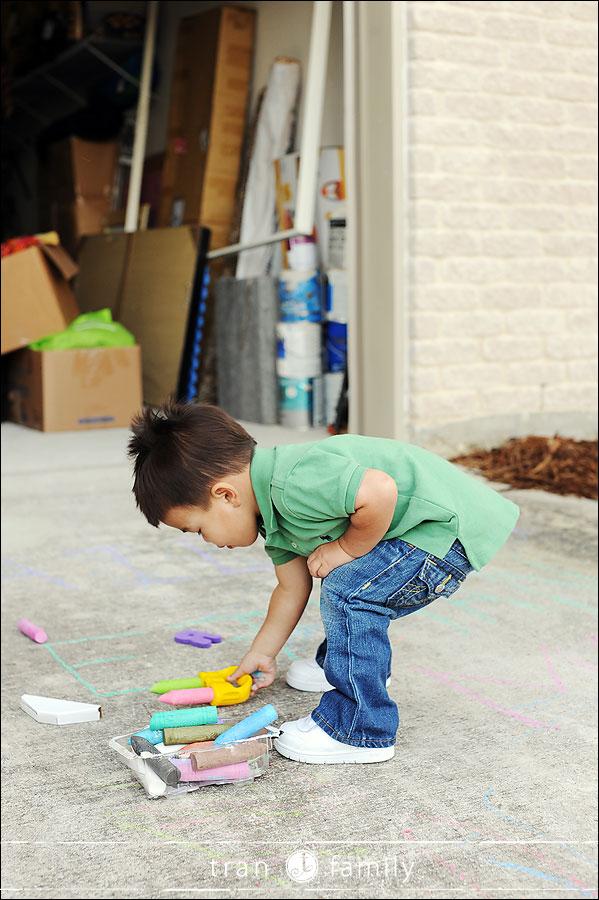 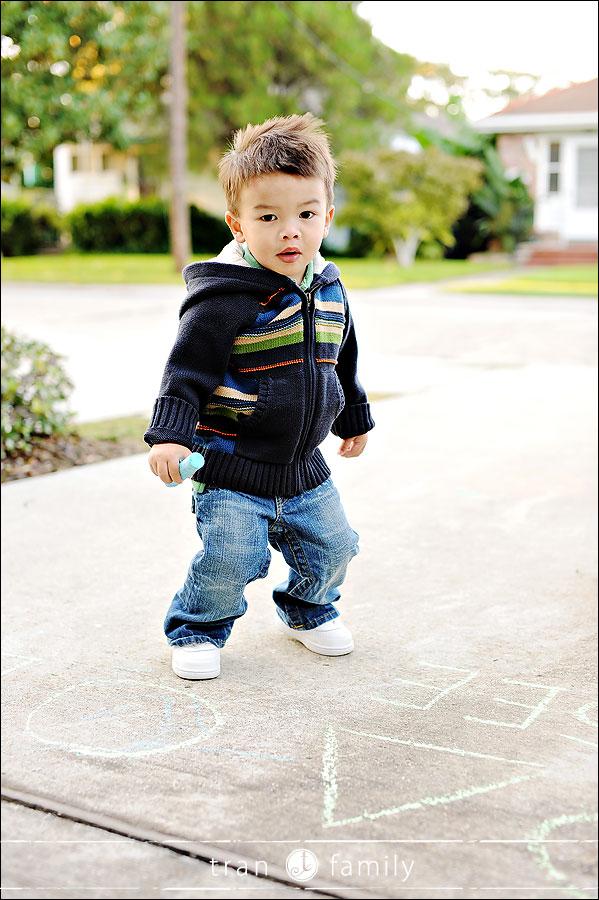 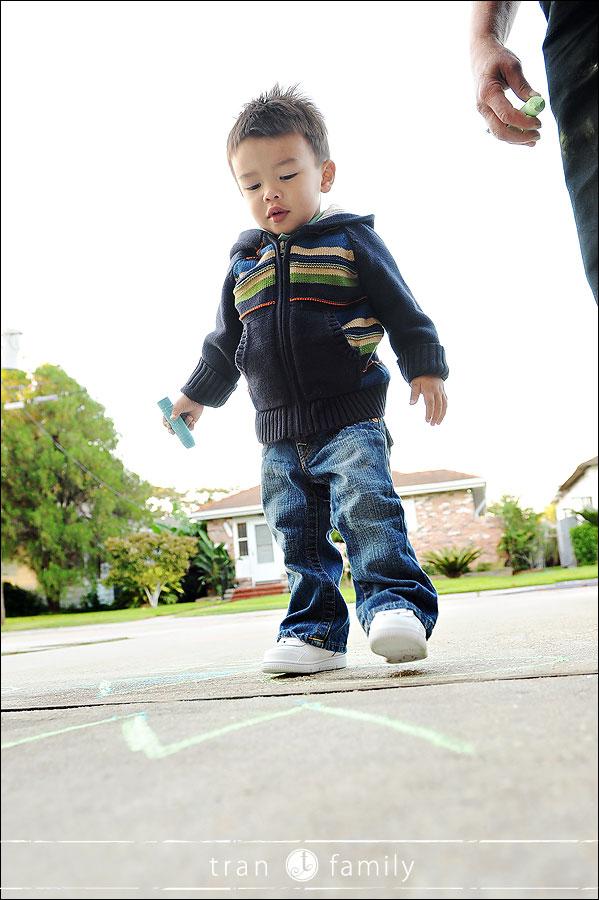 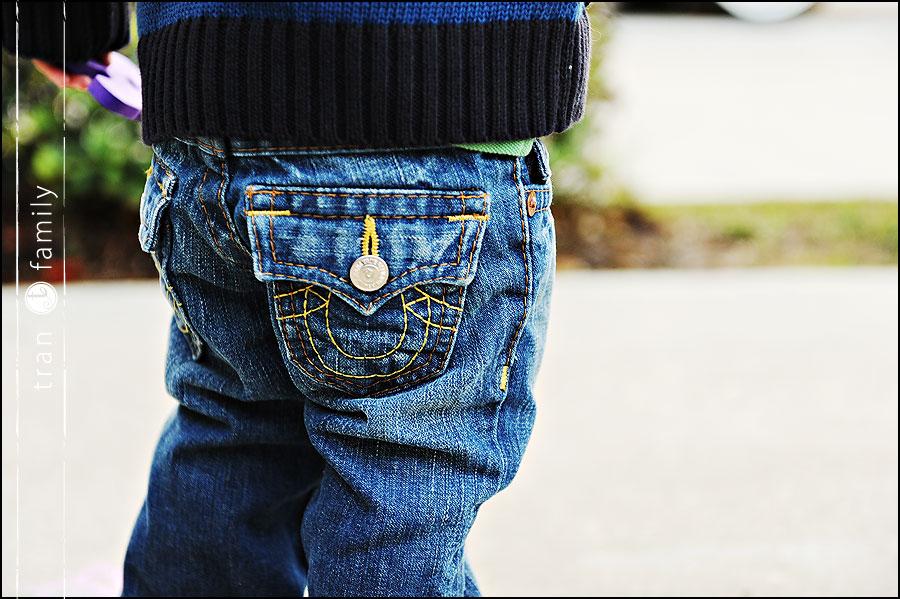 OK, I am adding this picture I tried to snap. Aiden had just woken up and was like, “where is my boobie!”
The look on Ethan’s face says it all, can you tell how much he loves his little brother? Now you might think Ethan is making that face because Aiden is crying, but he seriously had that face before the crying started. I just hadn’t gotten to my camera yet. Oh well. 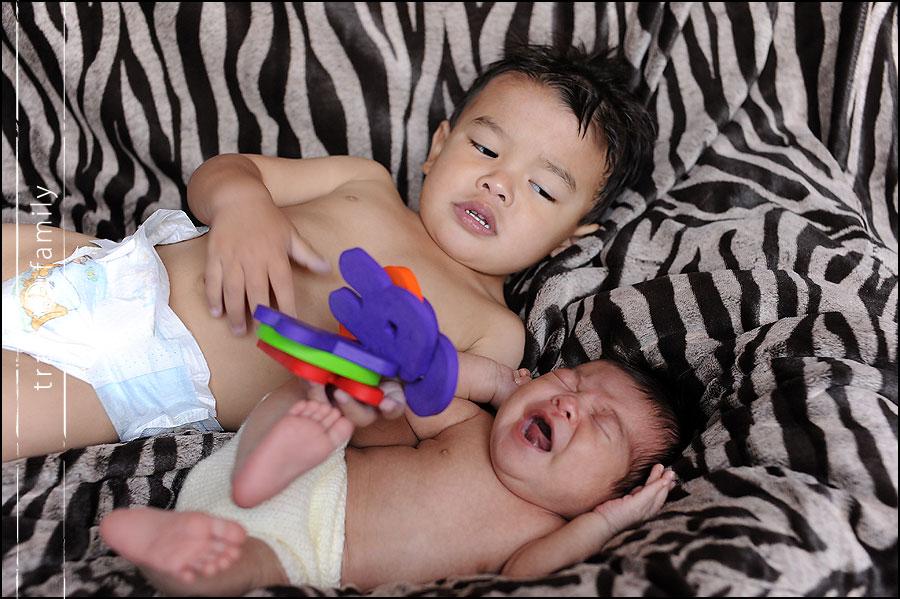 5 thoughts on “Tantrum, pictures and chalk”