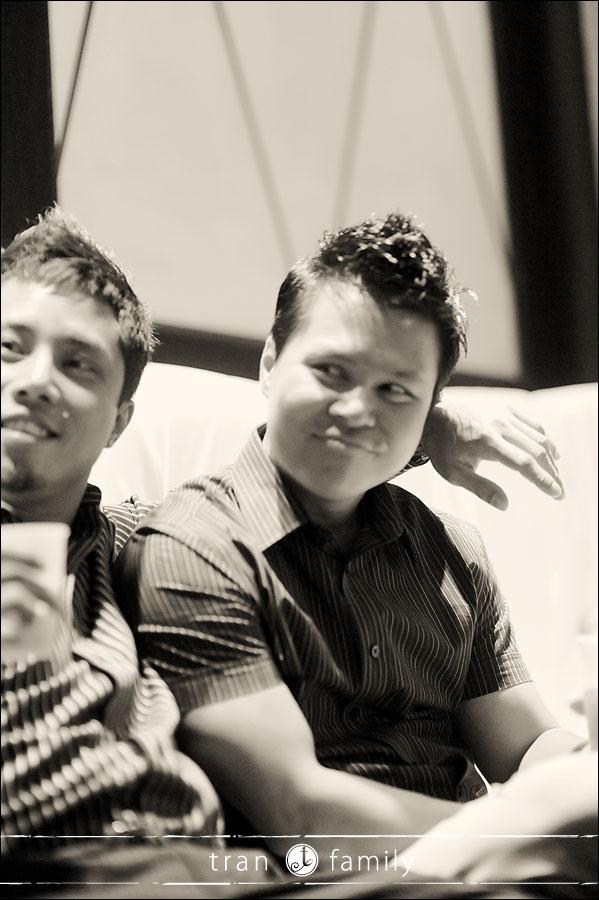 Im culling through a wedding tonight, Im a little late getting to it. At first Bee was going to do it but when I realized it was a wedding that Mike had helped Beebe with I decided maybe I should do it.

Going through the images, these are not perfect. Some of them are so blurry and the color so wrong, but it shows two brothers together and so we love them.

Our home hasn’t been the same lately. This cloud hangs over us, not really a constant sadness, but more a constant knowing that something is missing. Mike didn’t spend a tremendous amount of time at our house so its not a day to day presence we miss but more the fact of the permanence of death. There was a permanence to their relationship, the same with Ashley. They are siblings and have always been there for each other, in one way or another. They thought they would grow old together, raise their kids together, continue to laugh and cry together. I think we all grow knowing some day we will lose our parents because of the age and the way time takes people, but you never think you are going to lose a sibling.

I know there are random times in the day when Bee wants to pick up the phone and call his brother and he goes to the phone and stands there with it in hand and then puts it down realize there is no one to call. I pretend not to notice this error, its his moment.

We have not disconnected Mikes phone yet. Not for any particular reason but just because there has been so much going on. Sometimes Mike still gets texts from friends.

and the one that I cant read without crying:

“Come meet me out, I have so much to tell you…”

There are reminders of Mike everywhere.

Some of you will laugh, others might think its weird, but some of you will totally get it when I say flatulence (of all things) is one of those reminders.

Ethan grabs the Wii remote and yells “weeee” while pretending to bowl. He loved wii bowling with Mike. Because of Mike and him letting Ethan playing (or throw) the remotes, i dont think there is a working wii remote in the house. But its ok, no one really played but Mike and Ethan anyway.

It’s funny how some people think that things should be better after only a few weeks. Other people can be so insensitive, it surprises us. Others are so supportive and loving it also surprises us. So many good and bad surprises. 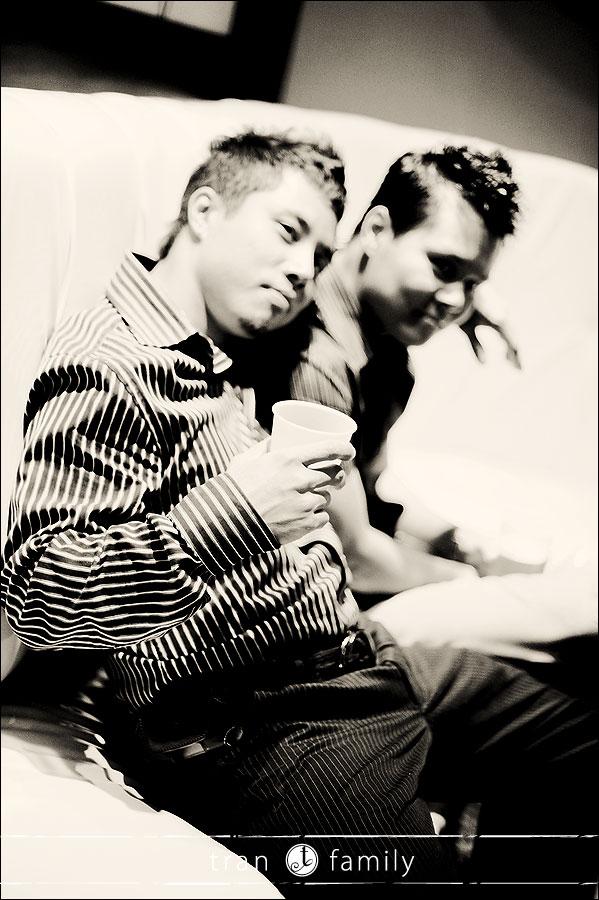 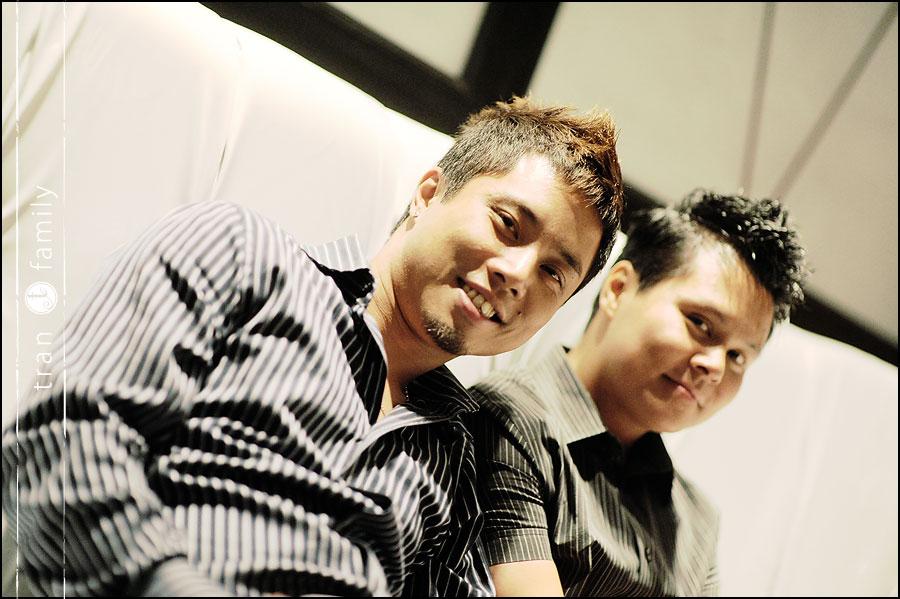 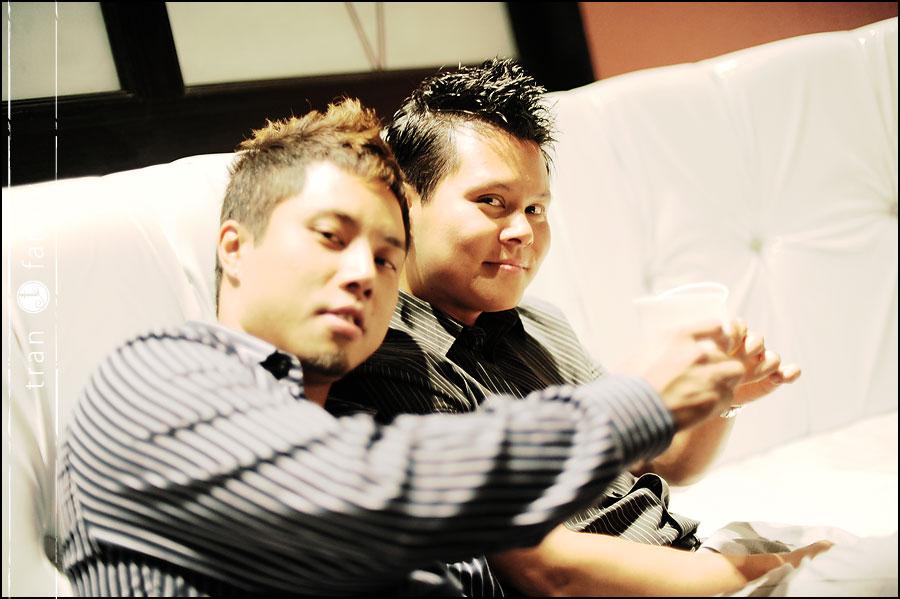 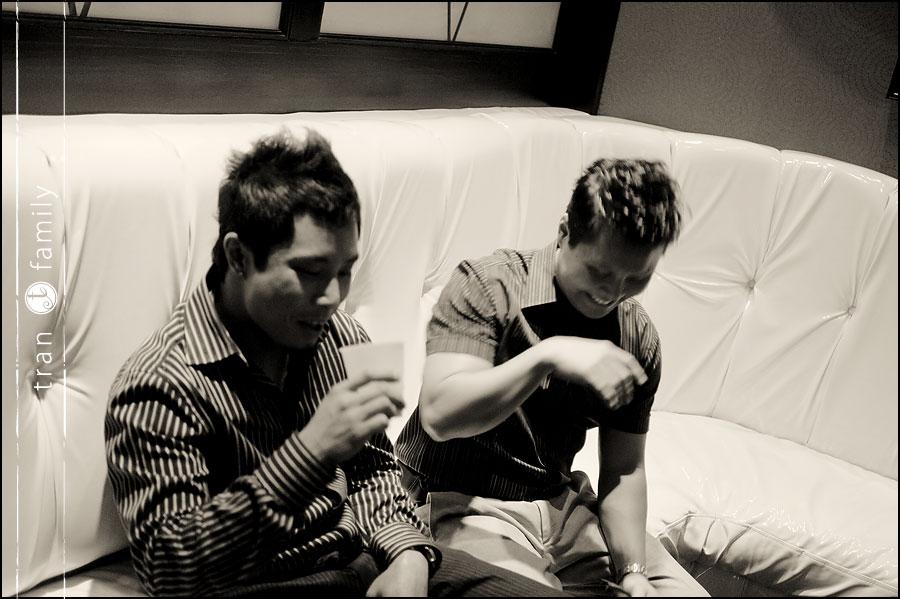 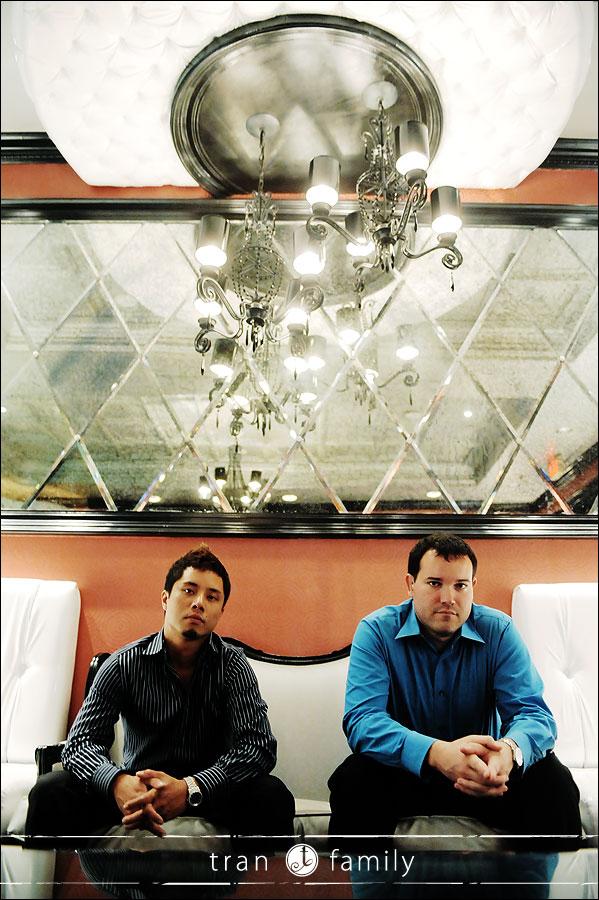 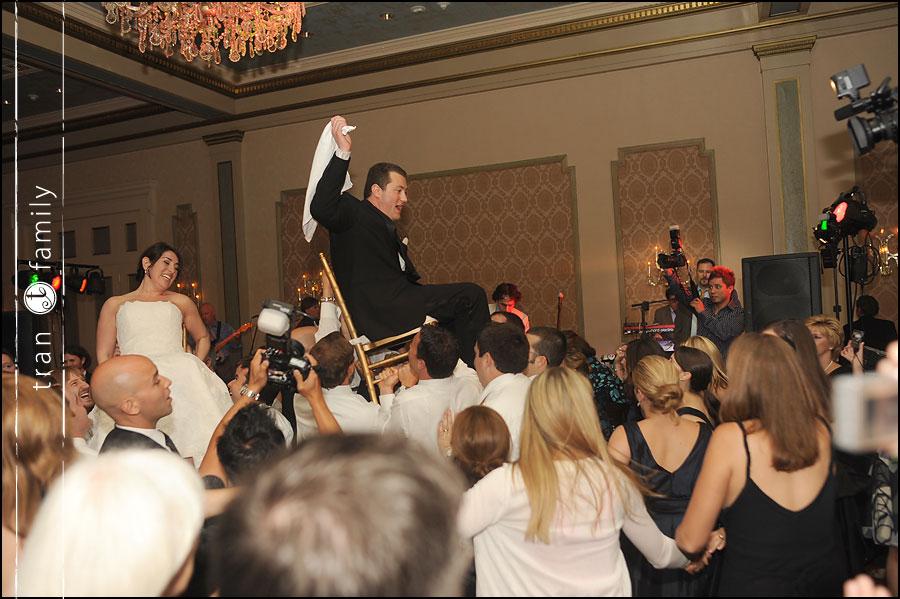 The last 3 weeks have really gone by so quickly.

I had the best birthday party EVER. Seriously, my husband threw me a mini wedding for my 30th birthday. I had a reception venue, a live band (Bucktown Allstars WOW), a huge Louie Vuitton purse cake, and the best of all, so many of my wonderful friends.

I was really surprised and really felt so dumb. Even after everyone yelled surprised I continued to be confused. Wait, are we not shooting a wedding? I even drove my own car so I could leave early and go pick up Ethan who I had not seen all weekend because of the 5 weddings we had already photographed.

As silly as I felt, I had a good time. I don’t like being the center of attention, but it was awesome. When we left everyone that night, we thanked everyone, hugged everyone and kissed everyone goodbye. That included Mike. We didn’t know then that we would really be kissing him goodbye forever.

It was about 7am on my actual birthday that someone was banging on the door and ringing the doorbell over and over again. Anyone who knows Beebe and I… or well just knows me, we are NOT out of bed that early. Heck I dont get out of bed some days until 10am. We seriously thought it was one of those people who delivers subpoenas because it seems they come super early and practically break down your down. We laid in bed and ignored it. It stopped for a second and then it started again and then we heard Pac yelling for Beebe. Then my cell phone started to ring. My mother in law was calling us and when I answered she was hysterical saying “Michael is dead” over and over. It was the beginning of this surreal new life without Mike.

I just remember saying “oh my god, oh my god, what do you mean, oh my god, we’ll be right over, yes, we are coming right now” and Beebe is asking me what is wrong as he puts on jeans to go answer the door. I can’t even remember how I said it to him after hanging up with his mom. Was I calm? Did I sit back on the bed? Did I blurt it out? Neither of us can remember what I said. We just remember throwing Ethan, still in PJ’s in his car seat and heading directly to Bee’s parents house. Why can I remember what I was saying on the phone to Bee’s mom but can’t remember what I said to Bee? But its still so clear in my head exactly what Bee’s mom was saying, how she was saying it and how I responded. I guess some things will remain a blur.

I remember calling Ashley and asking her what was going on. She was calm, in denial, registering Kayleigh for summer camp at St. Christopher’s. She said the state troopers came and told them Mike had been walking on I10 and was hit by a truck and killed. She’d be home as soon as she was done at Kayleighs school. She was so oddly calm, keeping it together for her daughter. Beebe was oddly calm as well. We all had things to do, there wasn’t time for being sad or thinking about what happened.

When Beebe got through to the coroners office he had to ID Mike. We did not need to come in person he said, they just wanted us to describe some of Mike’s tattoos.

“He has a dragon on his left arm, He had a dragon and a phoenix on his back, he just got a new tattoo of a M to cover…..”
“Thats enough, its him”

Bee went inside the house to tell his parents. I stayed outside. I really felt like I couldn’t breath. How do you ID someone by tattoo? How do you never see a picture or a face or anything. To just be told, its him and have it be so concrete and certain. I called Chad because Dayna didn’t answer. He knew right away from my voice that something was very wrong and I just told him there’s been an accident and Michael died. He was shocked and it was then Dayna finally was calling me back. By the time I switched over to her I could barely speak.

We made several other calls to close friends and asked that they tell our other close friends for us but for the most part not to spread the word too much. We didn’t want to get bombarded with calls. I think we were still in denial and each time we talked about it, it became more real.

We picked up Bee’s parents to go collect Mike’s belongings from the coroners office. One of our future brides works there, but Bee didn’t see her. He did see the mother of a bride whose wedding we already photographed. She was so sorry.

The only piece of jewelry recovered was a mignon faget cross necklace that is actually Beebe’s. It was in a manila envelope with his broken glasses, passport, wallet and car key. His mom a few months ago bought Bee a cross necklace from Tiffany’s so he stopped wearing the mignon faget one and instead had it hanging from his rear view mirror. When he and Mike were working a wedding together Mike asked if he could wear it. Bee said sure. Mike was welcome to have it, we never thought we would get it back like this.

As word got out our cell phones were ringing nonstop, text messages coming every few minutes. At one point I turned off my phone. 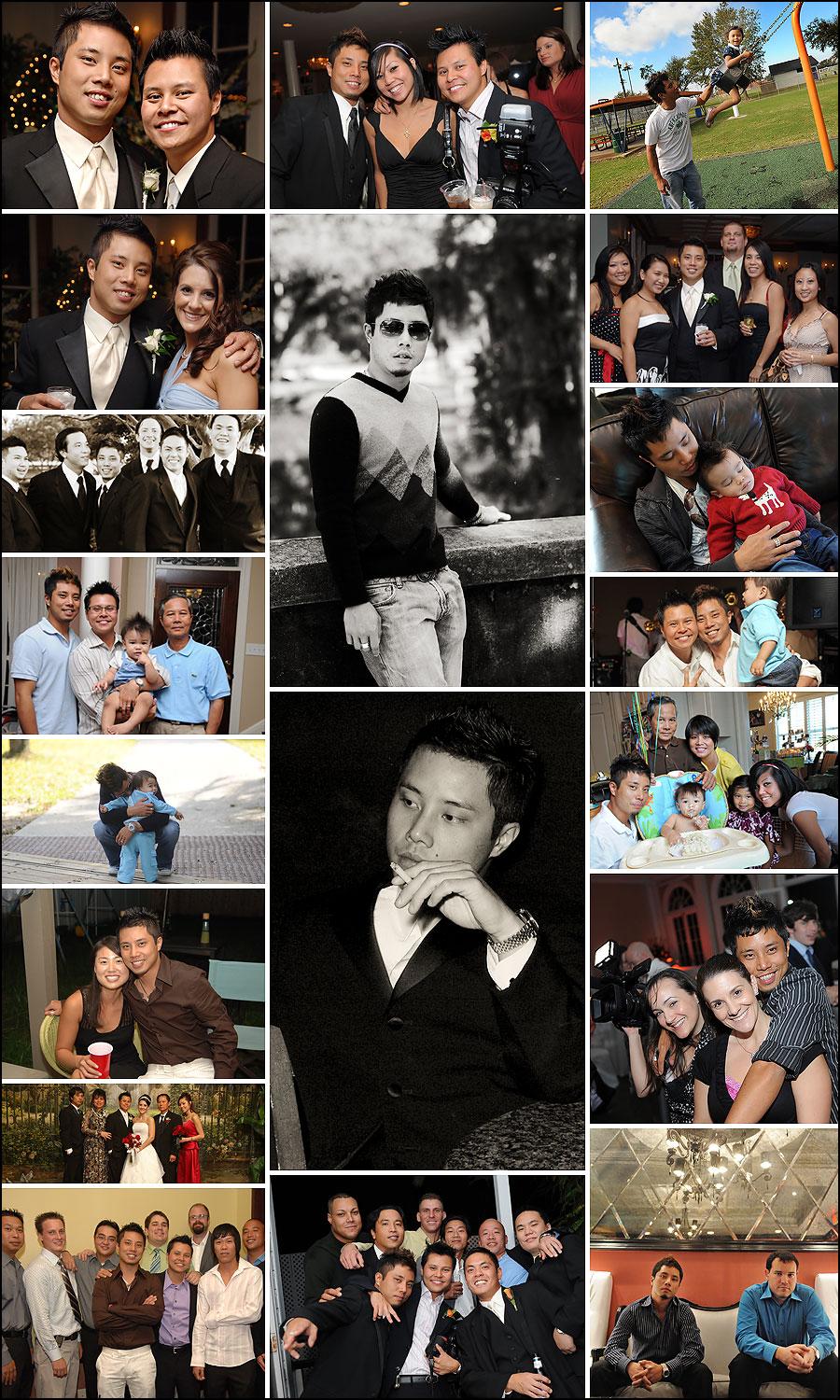 We had so many tasks to complete. Beebe and I went to Mikes house to pick out clothes for the funeral. Being in his house without him seemed strange, it felt like any second he was going to walk in and wonder why we were going through his clothes. He was going to see Ethan and yell “geep geep!”

I think you become numb during the process. There are things to do, no time to cry. Maybe it was good for us, good for Beebe. I don’t know.
We had relatives to pick up from the airport. Family and Friends were flying in from all over the country. I set to making the program for the service, contacting Father Bob who married Beebe and I and baptized Ethan. We had to get Mikes clothes from the dry cleaners, go to the printer, meet up with friends from out of town, call everyone we could think of to see who had talked to Mike last. We were busy. We were tired. When we laid in bed at night we were exhausted but we couldn’t sleep.

Ive never seen Beebe’s mom cry. I’ve never seen Ashley cry. This crushed me. But It was nothing like seeing Beebe’s dad cry. How do you lose a child? Having my own, I can’t even fathom it.

In the past few weeks, I have notcied the way I bath Ethan, the way I cuddle him. The way his hair smells, the way his breath smells. The way he runs around with delight, the way he cries. The way I comfort him and I can’t stop the tears thinking Bee’s parents did all these things with their children. Held them, cuddled them and watched them grow the way we are watching Ethan grow. How they must reflect on these memories and know they will never smell their sweet boy again, they will never hear his laugh. 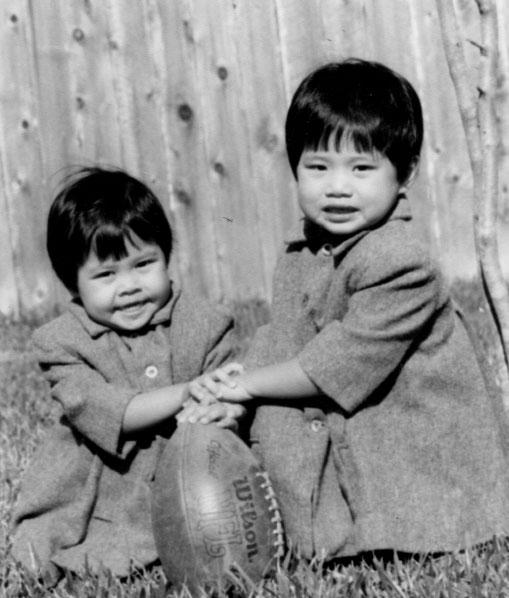 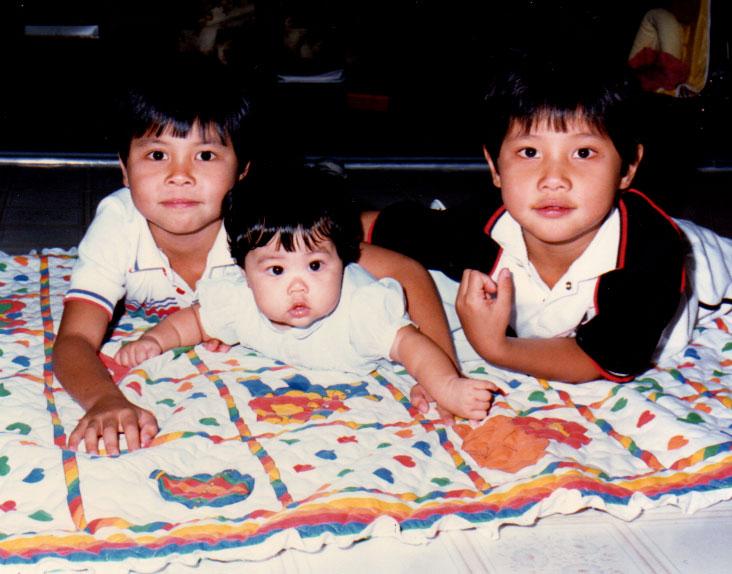 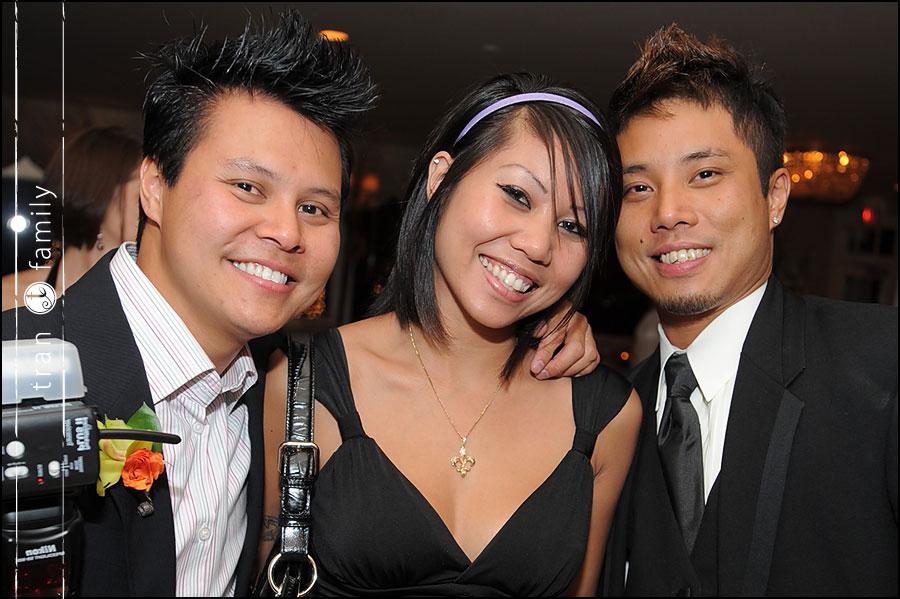 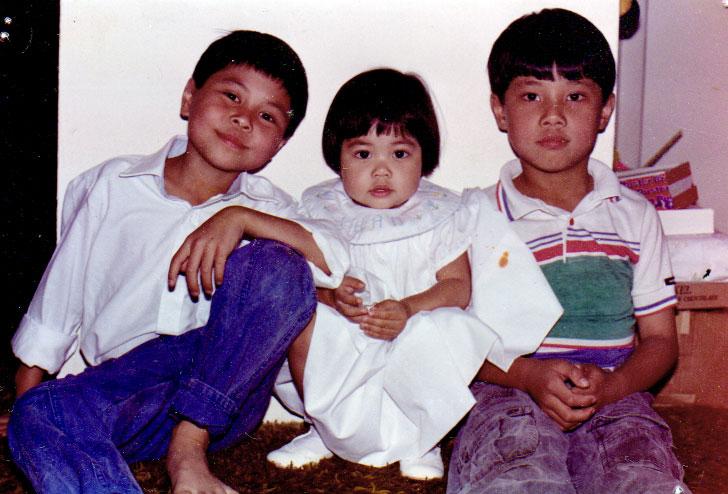 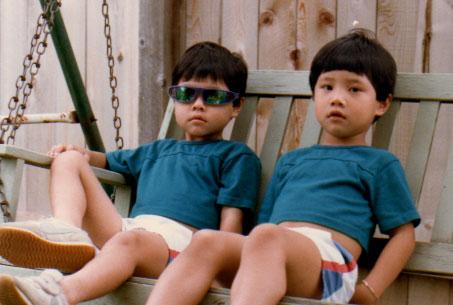 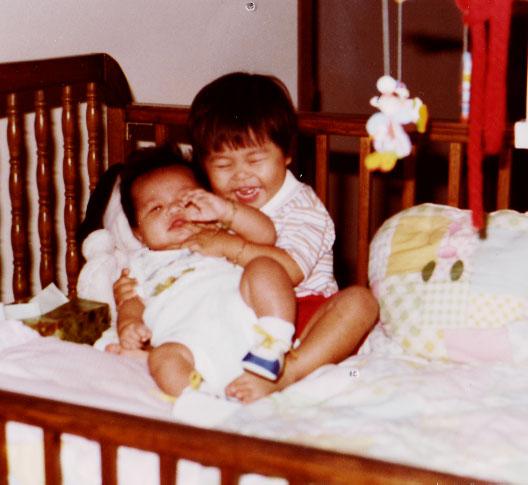 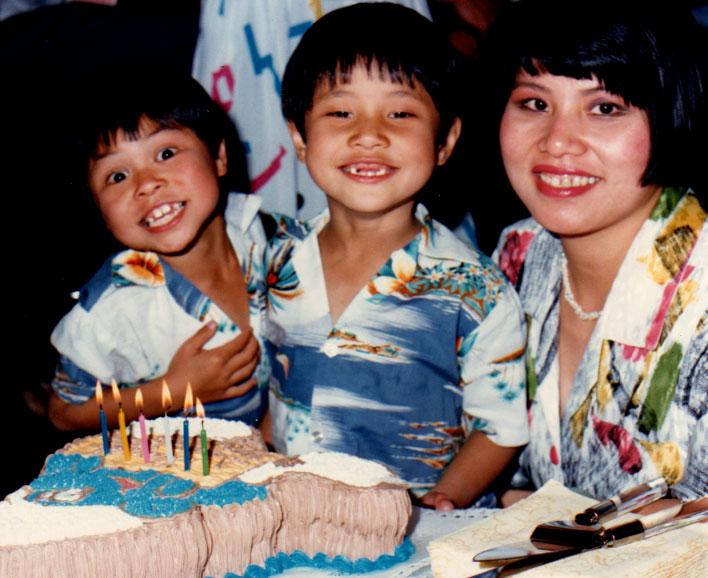 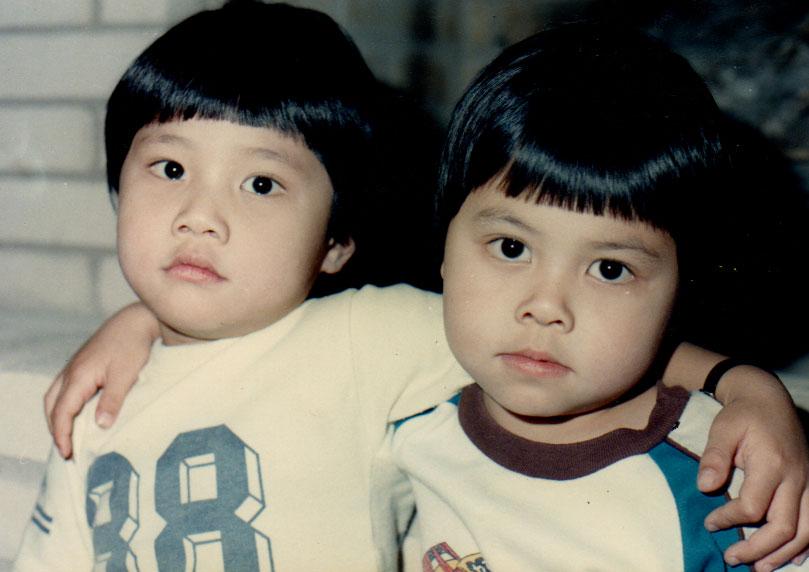 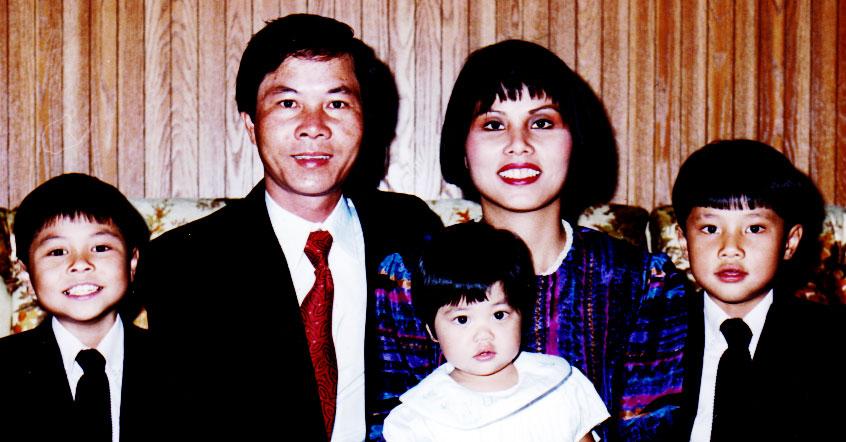 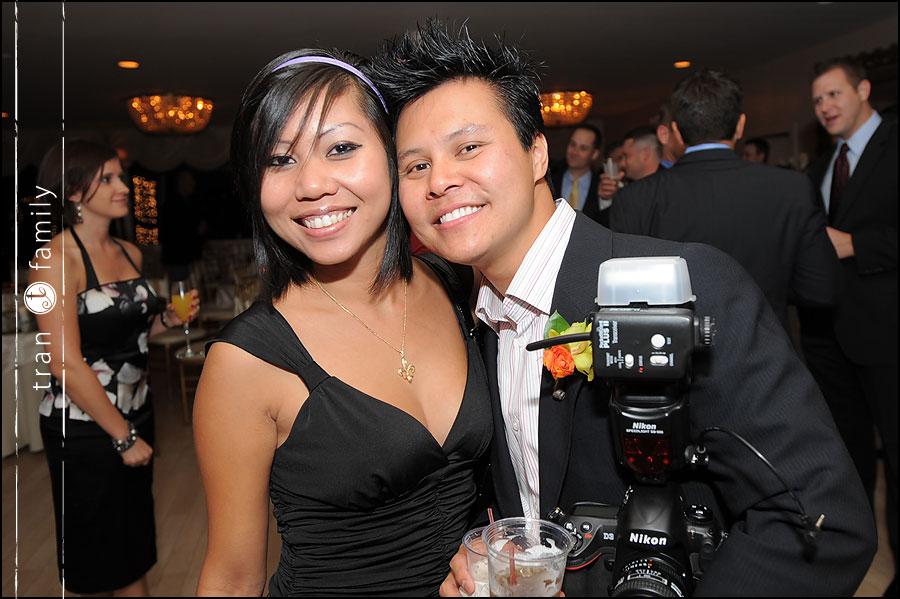 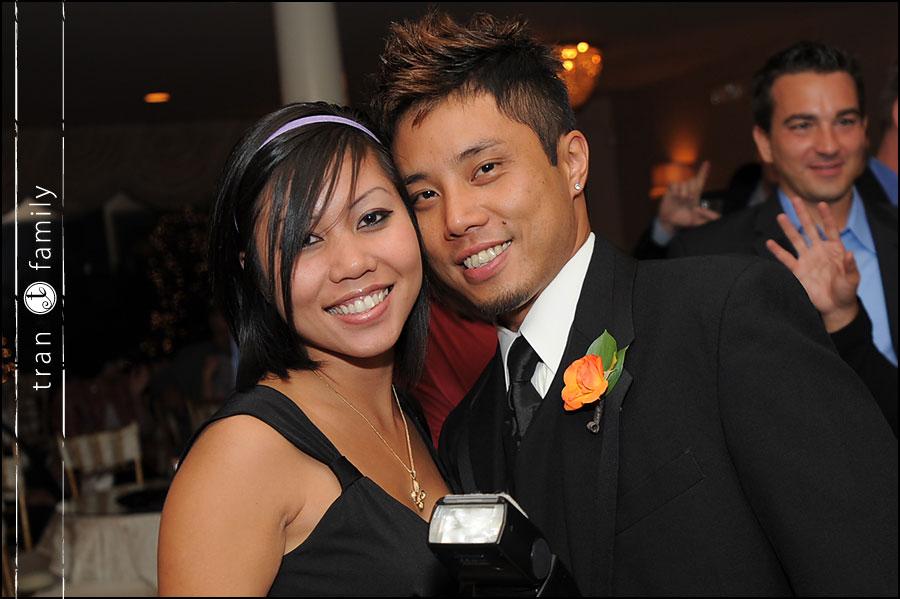 The service was nice. There were so many people. I think Beebe and I walked around in a daze. Greeting people, hugging people, trying not to cry.

We couldn’t have an open casket. I think this has really hurt Beebe because he never got to say goodbye properly. Many people say he would not have wanted to see him like that, but I really think my husband would like to have seen something, even if it was just his hand to hold. But he couldn’t even have that. I often feel like he is still in some denial. Is it harder to accept the death of a loved one if you cant see a body? How do you say goodbye to a box? HOW?

We brought Mike home on June 8th. He was cremated.

So why am I writing this? Because I dont want to forget.

I’ve printed the newspaper article. I’ve collected all these pictures. I printed everything written on facebook and our website. We’ve made a folder. How sad a life has been reduced to a folder.

We’ll never know what you were doing on I10 at 430am. Our questions will never be answered. We are sad and angry you are gone. Sometimes it doesn’t seem real. We really do sometimes expect you to come walking through the door. I find these funny pictures of you from weddings and want to show you. I guess I still can.

You are everywhere, reminding us that you are looking down. Another random image. Did you take this of yourself? I think you did 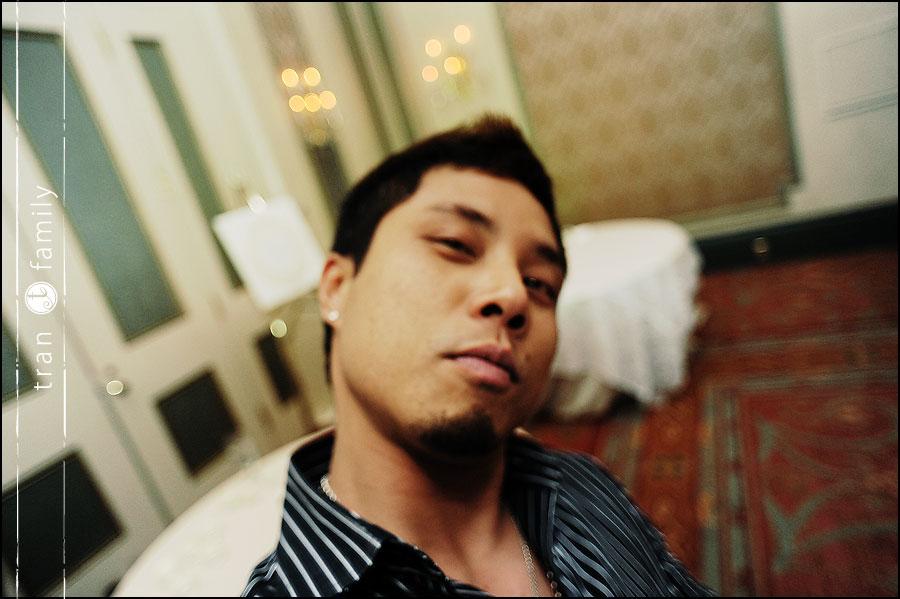 19 thoughts on “Reminders of You”